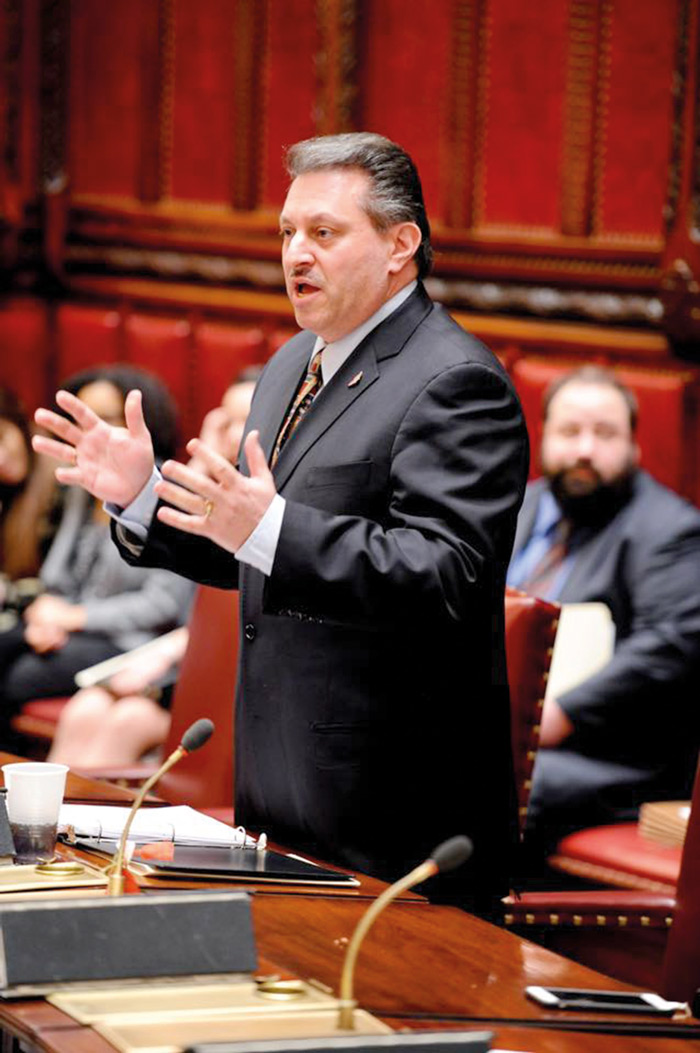 “It is beyond frustrating to see New Jersey and other neighboring states that allow mobile sports betting continue to pass us by as their revenue increases and knowing a portion of that revenue is from our residents using mobile devices to bet in those neighboring states,” Sen. Addabbo said.

The Garden State raked in $46.4 million in sports wagers in the month of October, an increase from $37.9 million in September, according to the New Jersey Division of Gaming Enforcement. By contrast, New York—which, as Addabbo noted, does not allow for mobile wagering—brought in $2.2 million through sports wagering in October, a 4.4-percent decrease from the $2.3 million earned in September, according to figures from the New York State Gaming Commission.

“It is beyond frustrating to see New Jersey and other neighboring states that allow mobile sports betting continue to pass us by as their revenue increases and knowing a portion of that revenue is from our residents using mobile devices to bet in those neighboring states,” said Addabbo, chairman of the Senate Committee on Racing, Gaming and Wagering, said. “It is crystal-clear that not allowing mobile sports betting in our state prevents New York from reaching its full potential. We could be making tens of millions of dollars in revenue for the state per month, with a large percentage of that money going directly to educational funding, while also addressing the illegal sports betting activity in the state. Instead, we are allowing revenue to escape to other states, while barely matching our month-over-month numbers here. I hope to see New York adopt mobile sports betting in 2020 so we can get our fair share of this booming industry.”

Addabbo also noted that in a recent report for the month of September, New York ranked last in terms of revenue when compared with the other 12 states that have legalized sports betting.

“It’s extremely disappointing to see New York ranked last, knowing we have the required means to fully compete and surpass other states. We can maximize our revenue, realize true job growth, increase our educational funding and deal with the illegal activity in our state by implementing mobile sports betting,” the senator said. “As we have witnessed with October’s actual gaming figures, without the mobile component, New York is not reaching its attainable potential and cannot be considered as a serious, legitimate participant in the sports betting market.”

Earlier this year, Addabbo introduced legislation to provide for regulation of sports betting and mobile sports wagering. Part of the measure sought to amend section 1367 of the Racing, Pari-Mutuel Wagering and Breeding Law, by requiring the State Gaming Commission to promulgate rules mandating that operators implement responsible gaming programs, including programs to address potential problem-gambling for individuals under the age of 30. The proposed law also provides a new funding source to administer problematic-gaming programs.

The bill passed the Senate in June without debate but ultimately died in the Assembly.