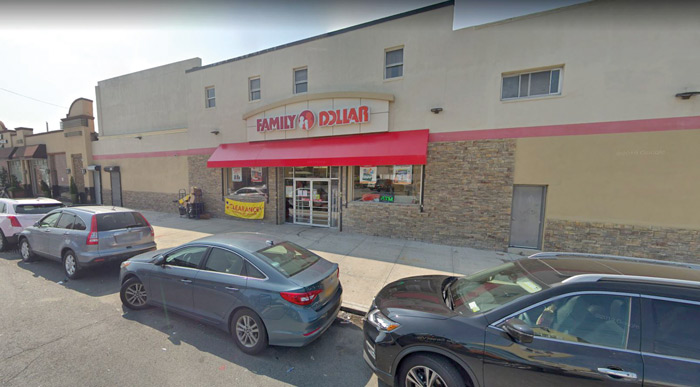 There are 36 Dollar Tree and Family Dollar stores, such as this outlet on Rockaway Boulevard in Woodhaven.

Senate Minority Leader Chuck Schumer on Sunday demanded a federal crackdown on China’s ability to send what he characterized as “shoddy, and potentially dangerous” over-the-counter drugs to a variety of dollar-type bargain stores doing business across the borough and beyond.

In his call for federal action, Schumer noted that the U.S. Food & Drug Administration recently issued a warning to Greenbrier International, Inc., the owner of the ubiquitous Dollar Tree stores, regarding the company’s receipt of adulterated drugs from contract manufacturers and suppliers based in China.

According to CNBC, as part of their new warning, “The FDA analyzed import data and found Dollar Tree bought and received products from foreign companies that had received warning letters and had been placed on import alert for manufacturing issues. The agency also alleges that Greenbrier has used contract manufacturers and suppliers with ‘significant’ violations for its private-label Assured Brand drugs.”

On Sunday, Schumer said the warning “heightens concerns and sheds new light on an unsolved problem with Chinese-made OTC drugs.” He called on the FDA and U.S. Customs and Border Protection to step in and regulate.

“The feds cannot pass the buck and allow ‘dollar’ type stores across our area to receive bad or even dangerous over-the-counter drugs in the first place, and the retailers in question need to toss any bad product right now,” New York’s senior senator said. “Therefore, to prevent an influx of questionable and potentially unsafe OTC drugs from being stocked on New York bargain store shelves, I’ve asked CBP and the FDA to begin a targeted crackdown and answer new questions about the scope of the problem and the measures in place to prevent this from happening again with Dollar Tree or any other bargain store in New York and beyond.”

In addition, to better understand the challenges posed by OTC drugs from China, Schumer sent a letter to Acting CBP Commissioner Mark Morgan and Acting FDA Commissioner Adm. Brett Giroir requesting that they respond to the following questions:

How does CBP work with the FDA to inspect, detect, and prevent foreign and Chinese-made OTC drugs from entering the U.S.? Has the CBP conducted specialized training or used advanced screening technology to improve the identification of questionable OTC drugs to the U.S.? What more, if anything, might CBP or the FDA require from the Legislative branch to address the problem of unsafe OTC drugs arriving to the U.S so we can curtail these shipments, especially from China? Can your agencies provide any updated statistic to help Congress understand the scope of the problem and has CBD, the FDA, or any other federal agency raised these issues with the Chinese government?

Schumer also urged the 170 Dollar Tree and Family Dollar stores in the five boroughs—including 36 in Queens, most of any borough—and on Long Island stocking or receiving any foreign drugs, especially from China, toss the product immediately and better inform their customers of what is going on. Schumer said there is no telling exactly which Dollar Tree or Family Dollar stores or any other subsidiaries are shelving the questionable drug products, so Schumer called out the more than 170 relevant storefronts across the city and Long Island.