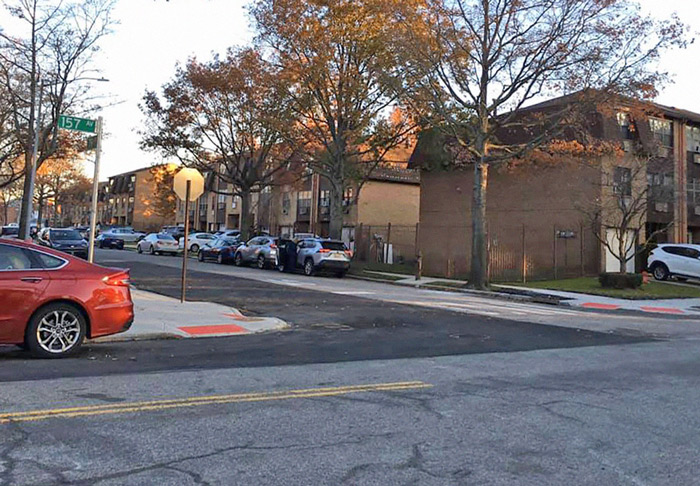 Long-awaited sewer infrastructure upgrades at the intersection of 79th Street and Shore Parkway in Lindenwood were completed last week—before Thanksgiving, as promised by officials.

In September, City Councilman Eric Ulrich (R-Ozone Park) and the City Department of Environmental Protection announced the upgrades after examining a familiar eyesore at the northeast corner of the intersection of 157th Avenue and 79th Street, where the slowly sinking roadbed has been perilous for pedestrians and motorists alike for “at least 15 years,” Lindenwood resident Joe Caruana estimated.

The councilman secured $1.5 million in capital funding for the agency for the exhaustive project that has made significant drainage improvements and leveled the “sinking” blocks.