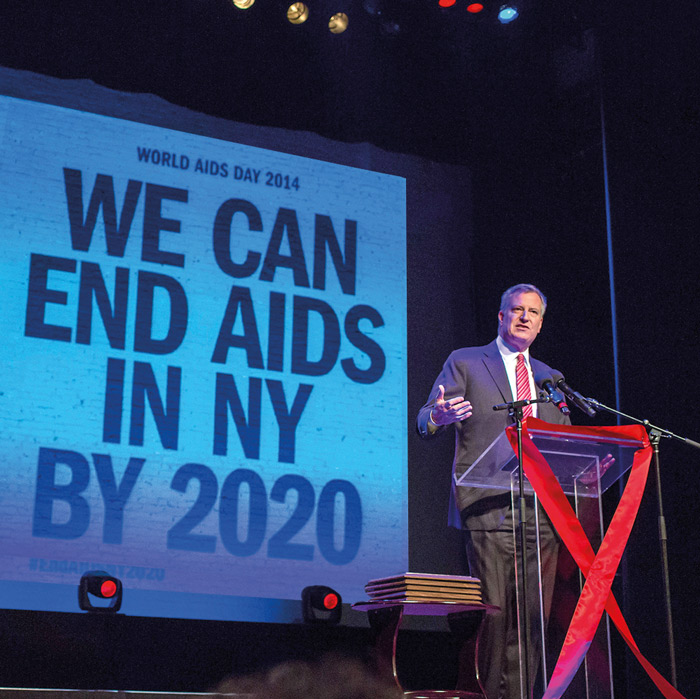 “We will not rest until we end the epidemic once and for all,” Mayor de Blasio said.

The Big Apple is the first Fast-Track city in the U.S. to reach the 90-90-90 milestone. The Fast-Track Cities initiative is a global partnership of more than 300 cities and municipalities around the world working to achieve the aforementioned UNAIDS targets.

“Years of hard work and determination has put New York front and center in the global fight against HIV/AIDS,” de Blasio said. “With more New Yorkers receiving treatment than ever, the day of zero diagnoses is closer than ever—something many believed unthinkable not so long ago. We will not rest until we end the epidemic once and for all.”

The new data indicate that the Empire State is on track to achieve the governor’s goal of “Ending the Epidemic” by the end of 2020. The “Ending the Epidemic” initiative was launched in 2014 to significantly reduce HIV infections by the end of next year and achieve the first-ever decrease in the number of people living with HIV in New York. As the governor noted, “Ending the Epidemic” does not mean the absolute elimination of HIV/AIDS, which would require a cure for those currently living with HIV/AIDS and a vaccine to prevent future transmission, but rather what public health officials call “bending the curve,” which occurs when the annual number of estimated new HIV infections is lower than the number of people with HIV who die in a given year.

“These record-low levels of estimated new HIV infections and other key metrics—including new data showing we are connecting people to care sooner—demonstrate once again that while our work is not done, we are making important progress toward bending the curve on an epidemic that has taken the lives of too many people for too long,” Cuomo added.