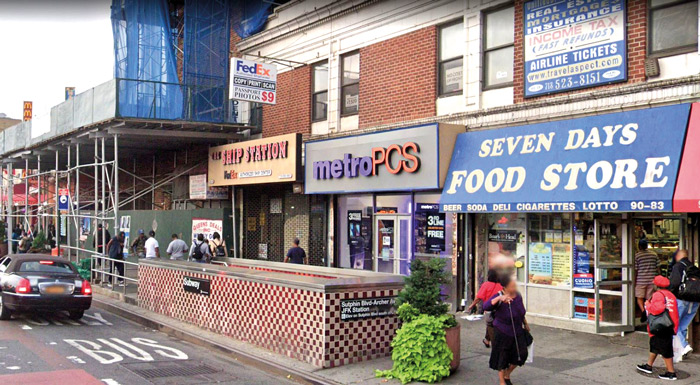 Burton was arrested after a transit police officer allegedly spotted him double up with another individual and go through the turnstile at the Sutphin Boulevard-Archer Avenue station without paying the subway fare.

A man stopped for turnstile jumping in March has been indicted on murder and other charges in the shooting death of a 29-year-old man last summer. Shahid Burton, 19, of Vernon Boulevard in Long Island City was identified after a transit officer stopped him for going through a subway turnstile with another individual in March.

Burton was arraigned Friday before Queens Supreme Court Justice Michael B. Aloise on a 2-count indictment charging him with second-degree murder and second-degree criminal possession of a weapon. The defendant was held without bail and ordered to return to court on February 26, 2020. If convicted, Burton faces up to 25 years to life in prison.  According to the charges, at approximately 12:50 a.m., on March 28, 2019, a transit police officer spotted the defendant allegedly double up with another individual and go through the turnstile without paying the train fare. The defendant was stopped by the transit officer, who then discovered that the teenager was wanted in connection with a homicide that occurred in the summer of 2018.  Burton was one of two people being sought in the death of Jelan Moreira. He followed the 29-year-old victim as he walked through a courtyard within the Ravenswood Houses in Long Island City around 5:20 a.m. on August 26, 2018.

Video surveillance shows the defendant and an unapprehended other individual approach the victim from behind. The victim was then allegedly shot multiple times by the defendant in the torso and chest. The victim died as a result of the injuries. Burton lives in the neighboring Queensbridge Houses, also in Long Island City.

Acting District Attorney John M. Ryan said, “The defendant, who is alleged to have shot a man numerous times in August of 2018, was apprehended only after being caught for fare evasion at the Sutphin Boulevard-Archer Avenue subway station. He is accused of killing a man as he walked through the Ravenswood Houses in August. The defendant now faces a lengthy term of incarceration.”