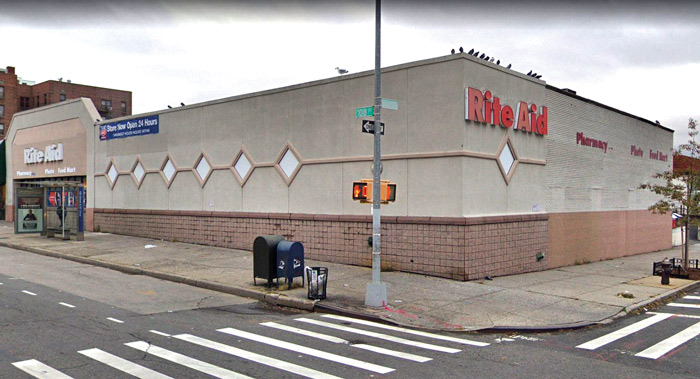 Everett was caught on video stealing mail from this blue collection box at 108th Street and 63rd Drive in Rego Park.

A Long Island man has been sentenced to up to three years in prison for stealing mail—including numerous checks valued in excess of $50,000—from U.S. Post Office mailboxes, Acting Queens District Attorney John Ryan announced Tuesday.

Travis Everett a.k.a. Lamont Everett, 26, pleaded guilty in October to second-degree criminal possession of stolen property. He was sentenced Tuesday to one to three years in prison.

According to the charges, on Nov. 8, 2018, at approximately 1:38 a.m., Everett was spotted on a monitored NYPD live video feed approaching a blue mailbox at 108th Street and 63rd Drive in Rego Park. Everett placed an object inside the box, proceeded to pull repeatedly on an attached string and was able to remove mail from inside the mailbox. Everett repeated this process several times during a five-minute period. When he was caught and questioned by the police, Everett said that he had dropped his keys in the mailbox.
According to the charges, Everett was “mailbox fishing”—a federal crime in which envelopes containing checks and sensitive documents are “fished out” of blue curbside U.S. Postal Service collection boxes by resourceful crooks using a makeshift rod: an adhesive connected to a weighted object that is attached to the end of a string or rope.

Upon further investigation, two of the recovered checks—originally written out in the amounts of $41,202 and $52,639—had been mailed from Fresh Meadows. Another victim had endorsed several checks—including one for $1,757—and dropped them in a mailbox on Flatbush Avenue and Avenue R in Brooklyn.

“This kind of brazen thievery is unacceptable,” Ryan said.

In a separate case in Manhattan, Everett pleaded guilty on Nov. 6 to first-degree identity theft and second-degree criminal possession of a forged instrument. Everett will be sentenced on Jan. 8, at which time he faces up to three years in prison, to run concurrent with his Queens sentence.

Everett’s Manhattan case relates to six separate incidents in September and October 2016 during which Everett was captured on bank surveillance video depositing stolen and subsequently forged checks into bank accounts belonging to complicit account holders, and withdrawing the illicit funds from these accounts.

“A theft from the blue collection box is a theft from customers who place significant trust in the rich history and tradition of the Postal Service. Our customers expect their mail to get to its intended destination without delay and without being stolen. The defendant violated this trust,” said Philip Bartlett, inspector in charge of the New York Division of the U.S. Postal Service. “If you steal mail you’re going to jail.”