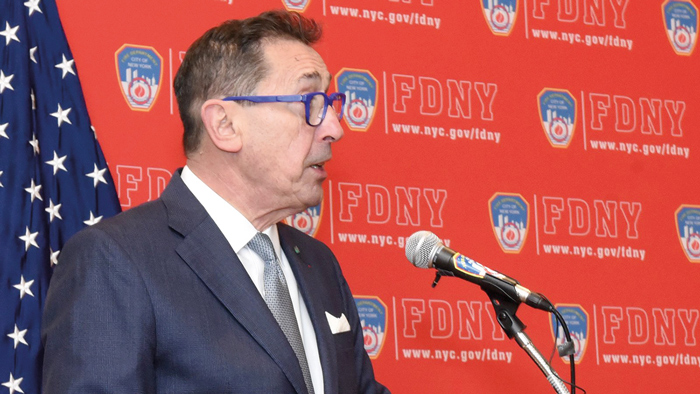 And 2019 marks the 14th-consecutive year there have been fewer than 100 fire-related deaths in the city—“an unprecedented period” in Gotham’s history, Nigro noted.

“This outstanding achievement is the result of our members responding quickly, working together to remove those trapped by fire, providing unrivaled emergency medical care, thoroughly investigating fires, educating the public, and inspecting buildings and areas of public assembly throughout the city to ensure the safety of the public we serve,” the commissioner said.

“The men and women who serve in the FDNY are everyday heroes,” Mayor Bill de Blasio added. “Their hard work and commitment to public safety have resulted in a sharp decrease in the number of New Yorkers who needlessly lost their lives last year. From fighting and investigating fires to providing outstanding medical care, I applaud each member’s bravery and service to our city.”

The deadliest year in New York City for fires was 1970, when 310 people died in infernos across the five boroughs. In 2016, 48 people died in fires in the Big Apple.