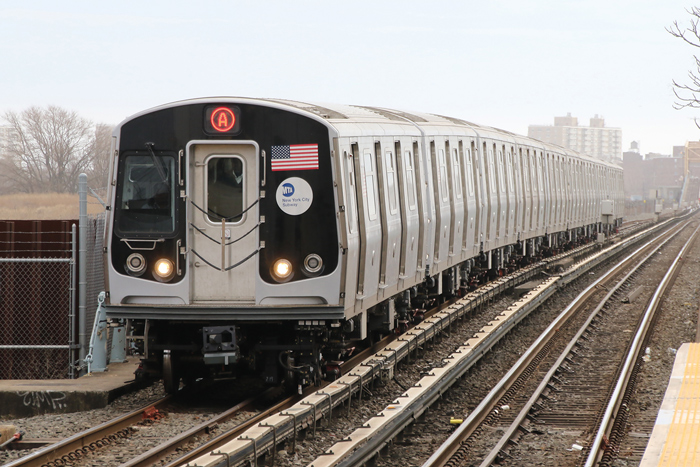 We’re in desperate need of such a straight shooter right about now.

Because it’s painfully obvious that the chief decision-makers of this oft-beleaguered bureaucratic behemoth quite obviously don’t know whether they should lead, follow, or get out of the way.

The latest example of ridiculousness courtesy of the MTA stems from botched rail cars.

“New York City Transit President Andy Byford announced Wednesday morning that all of the new R179 subway cars have been removed from the rails for door inspections. That forced the MTA to return into service this morning( and until further notice) some of the older train cars the new models were to replace,” Mark Hallum wrote in AM New York.

Yup, you read that correctly.

The best part about this – and trust us: We’re only laughing to stave off the tears – the MTA was warned, quite publically, about the problems with these particular cars and the contract attached to them.

“The New York City subway riders who foot the bill for the MTA’s $600 million contract with Bombardier were promised new, state-of-the-art train cars to help modernize our ailing transit system. Now, all the cars that were delivered so far have been pulled from service due to critical defects. It is completely unacceptable,” City Comptroller Scott Stringer fumed Wednesday. “Last month my office released an audit that exposed how this contract became three years behind schedule and cost taxpayers millions of additional dollars. Our investigation revealed layers of mismanagement in the MTA’s oversight of the contract – repeated failures to meet contract deadlines and requirements, poor project management and technical breakdowns, structural defects that delayed cars being put into service, and several earlier structural problems that caused some of these trains to be pulled from service.

“Bombardier sold us lemons,” Stringer continued. “Straphangers need the MTA to manage these contracts from the beginning – before the trains go off the rails.”

That’s right. We even covered that audit, which found that throughout the seven-year extended contract term Bombardier consistently failed to timely meet project milestones, comply with technical requirements, produce acceptable work, and promptly correct serious defects in critical structural components of the subway cars. In addition, the report showed that the MTA failed to adequately oversee Bombardier’s contract performance and timeliness and failed to complete required annual contractual evaluations to hold Bombardier accountable.

Wait – it gets better.

The Comptroller’s Office noted that MTA New York City Transit said it “fundamentally disagrees with the audit conclusions in several respects. It is dramatically short-sighted of the audit to conclude that the completion of the contract had been substantially delayed from the outset of the contract in 2012. Further, in measuring the quality of Bombardier’s performance and NYCT’s oversight primarily on the basis of the original milestone dates, the audit fails to recognize the complexity of the typical rail vehicle design and manufacturing process and the valid reasons for delays that occurred including unforeseeable technical issues.”