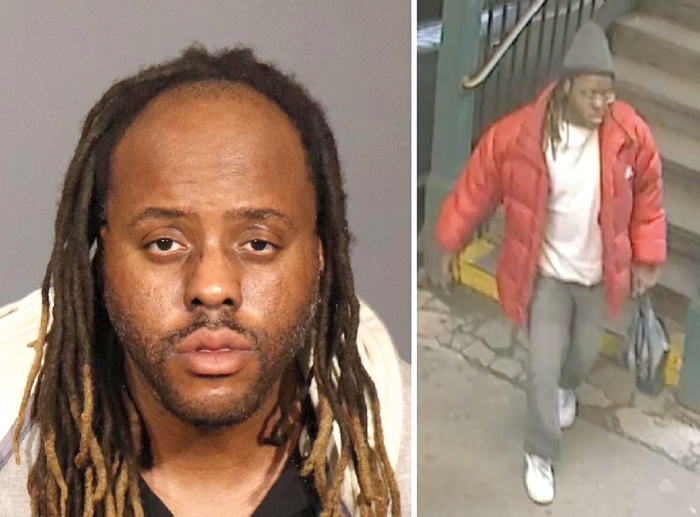 A Bronx man has been sentenced to more than a year in prison after admitting that in February 2019 he stood next to a young girl on a southbound 7 Train and exposed his genitals and also placed his penis on the child’s forearm, Queens District Attorney Melinda Katz announced Thursday.

Ronald Dudley, 41, pleaded guilty in July to attempted sexual abuse in the first degree. On Thursday, Dudley was sentenced to 1 ½ years in prison and five years’ post-release supervision.

According to the charges, on Feb. 14, 2019, at approximately 2:45 p.m., Dudley hopped on a southbound No. 7 train at 61st Street and Woodside Avenue. After boarding the train, Dudley approached the 9-year-old victim, who was standing and holding onto a pole. Dudley held onto the same pole and stood next to the child, exposed his genitals and then placed his exposed penis against the child’s forearm. Dudley then exited the train when the girl yelled out for help.

Dudley was apprehended the following day after video surveillance of the incident was circulated in the media.

“The defendant in this case exposed himself and touched the little girl with his genitals as she rode the train with her mother,” Katz said. “The subway should be safe for all users, especially children. The defendant admitted his guilt and will be punished for his actions.”