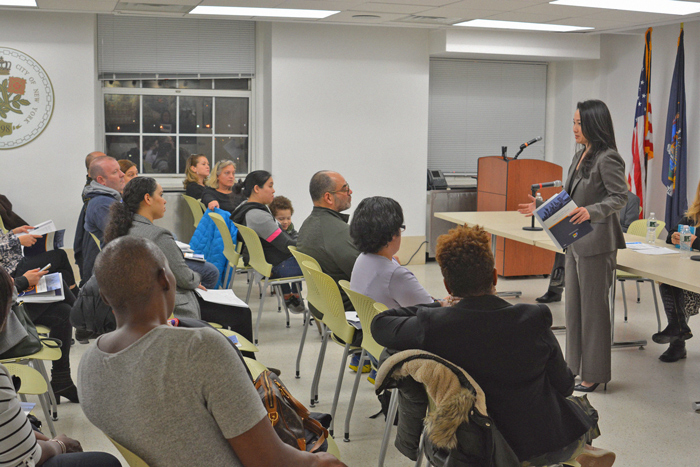 “While Queens has long managed to do more with less, it’s time for some overdue parity and a fairer share,” Acting Queens Borough President Sharon Lee said.

Call it “Third-Borough Syndrome” or “Outer-Borough Angst.” Regardless—call it like it is: Queens, the biggest of all five boroughs, continues to get shortchanged.

That was the message in Acting Borough President Sharon Lee’s recent letter to Mayor Bill de Blasio, the City Council, and the Office of Management and Budget, that accompanied the Queens Borough Board’s official response to the Mayor’s Fiscal Year 2021 Preliminary Budget, as voted on by the board during its Feb. 24 meeting. The missive and budget recommendations highlighted substantial resource disparities, particularly for the borough’s schools, seniors, and hospitals.

Here is Lee’s letter in its entirety:

“Queens—the Borough of Families—is the largest borough in the City of New York, and home to 2.34 million New Yorkers. While the needs are diverse and ever-growing, many of these very needs are persistently underfunded and underserved, with troubling disparities relative to the other four boroughs.

“Citywide, Queens schools remain the most overcrowded and underfunded. Of the City’s entire public school student population, nearly a third is enrolled in Queens schools, yet our kids are terribly shortchanged by receiving the least amount of per-pupil spending from the City than any other borough.

“Queens elders are also deeply shortchanged. The disparity is particularly sharp when we have nearly double the senior population of another borough, yet only half the City’s per capita spending compared to that same borough. Nearly a third of the City’s seniors reside in Queens, yet our elders receive the least amount of per capita spending from the City than any other.

“Queens hospitals are under-bedded and overburdened, and any Medicaid cost shifts to the City may have a big impact on Queens.  Our two public hospitals, Elmhurst Hospital Center and Queens Hospital Center, have done a remarkable job of enhancing services and public confidence in their care. The borough as a whole, however, currently has only nine acute care hospitals serving 2.34 million residents, and the closures of four hospitals since 2008 have further strained access to healthcare. With a mere 1.66 hospital beds per 1,000 residents, Queens is by far the most under-bedded borough in the City.

“Pursuant to Section 241 of the New York City Charter, the Queens Borough Board respectfully submits its response to the Mayor’s Fiscal Year 2021 Preliminary Budget. In our identified budget and funding priorities, Queens requests some long overdue parity and a fairer share.”

Lee noted that the budget priorities were developed largely from input received on Jan. 29 at the Borough Board’s Public Hearing on Budget Priorities. Pursuant to the City Charter, the board must submit its budget priorities each year to the mayor, City Council and the OMB.