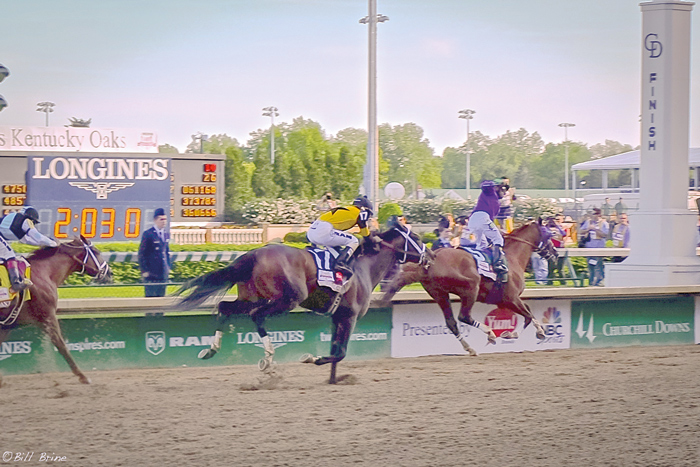 “Putting the lives of horses at the center of an alleged plot to cheat professional horseracing around the world can never be accepted,” said City Police Commissioner Dermot Shea.

More than two-dozen individuals have been charged with participating in schemes built on the systematic and covert administration of illegal performance-enhancing drugs to racehorses competing across the United States and abroad, federal prosecutors announced Monday.

The four unsealed indictments each allege the shipment and administration of adulterated and misbranded drugs designed to secretly and dangerously enhance the racing performance of horses beyond their natural ability, a dishonest practice that places the lives of affected animals at risk, officials noted.

“Putting the lives of horses at the center of an alleged plot to cheat professional horseracing around the world can never be accepted,” said City Police Commissioner Dermot Shea.

According to the indictments, the charges arise from an investigation of widespread schemes by 27 racehorse trainers, veterinarians, PED distributors, and others to manufacture, distribute, and receive adulterated and misbranded PEDs and to secretly administer those PEDs to racehorses competing at all levels of professional horseracing. By evading Food and Drug Administration rules and regulations, as well as prohibitions against the use of PEDs, and by deceiving regulators and horse racing officials, participants in these schemes sought to improve race performance and obtain prize money from racetracks throughout the U.S. and other countries, including in New York, New Jersey, Florida, Ohio, Kentucky, and the United Arab Emirates, notwithstanding the detriment and risk of the health and well-being of the racehorses. Trainers who participated in the schemes stood to profit from the success of racehorses under their control by earning a share of their horses’ winnings, and by improving their horses’ racing records, thereby yielding higher trainer fees and increasing the number of racehorses under their control. Veterinarians and drug distributors profited from the sale and administration of the medically unnecessary substances.

“These men allegedly saw the $100 billion dollar global horse-racing industry as their way to get rich at the expense of the animals that were doing all the hard work,” said Bill Sweeney, Jr., assistant director-in-charge of the New York Office of the Federal Bureau of Investigation. “Our investigation reveals the cruelty and inhumane treatment these horses suffered all to win a race.”

The most extensive indictment charges 19 of the 27 defendants “representing a cross-section of corruption throughout the thoroughbred and standard-bred racing industries.” It alleges that Jorge Navarro, a racehorse trainer, has participated in the doping of horses under his control using a variety of PEDs, including customized PEDs designed in part to evade normal anti-doping tests administered by racing regulators. Navarro operated his doping scheme covertly, using a straw man to receive certain products designed to mask the presence of PEDs, avoiding explicit discussion of PEDs during certain telephone calls, and working with others to coordinate the administration of PEDs at times that racing officials would not detect such cheating, according to charging documents.

Navarro trained and doped XY Jet, a thoroughbred horse that won the 2019 Golden Shaheen race in Dubai. As alleged, Navarro was intercepted during phone conversations discussing his doping practices, and administered PEDs to XY Jet. Among Navarro’s preferred PEDs were various “blood-building” drugs, which, when administered before intense physical exertion, can lead to cardiac issues or death. Navarro announced XY Jet’s death, as the result of an apparent heart attack, in January of this year. An investigation of the circumstances of the horse’s death remains ongoing.

As alleged in the “Navarro Indictment,” fellow trainer Jason Servis doped virtually all horses under his control, including Maximum Security, the horse that crossed the finish line first in the 2019 Kentucky Derby before being disqualified for interference. Among the misbranded and adulterated PEDs used by Servis was the drug “SGF-1000,” marketed and sold by defendant Michael Kegley, Jr., among others, and which is compounded and manufactured in unregistered facilities. SGF-1000, like many other customized PEDs, may cause racehorses to perform beyond their natural abilities, thereby increasing the risk of injuries. Servis and others working with him, including veterinarians Kristian Rhein and Alexander Chan, attempted to conceal Servis’s doping practices through the use of falsified veterinary bills and fake prescriptions.

Servis also tipped off Navarro to the presence of racing officials searching for signs of illegal doping. Navarro expressed his relief regarding Servis’s “tip”:  “[The track official] would’ve caught our asses fucking pumping and pumping and fuming every fucking horse [that] runs today.”

The charges in each of the four indictments carry sentences from five years’ to 20 years’ imprisonment.

Manhattan U.S. Attorney Geoffrey Berman called the case “the largest ever of its kind from the Department of Justice. These defendants engaged in this conduct not for the love of the sport, and certainly not out of concern for the horses, but for money. And it was the racehorses that paid the price for the defendants’ greed. The care and respect due to the animals competing, as well as the integrity of racing, are matters of deep concern to the people of this district and to this office.”