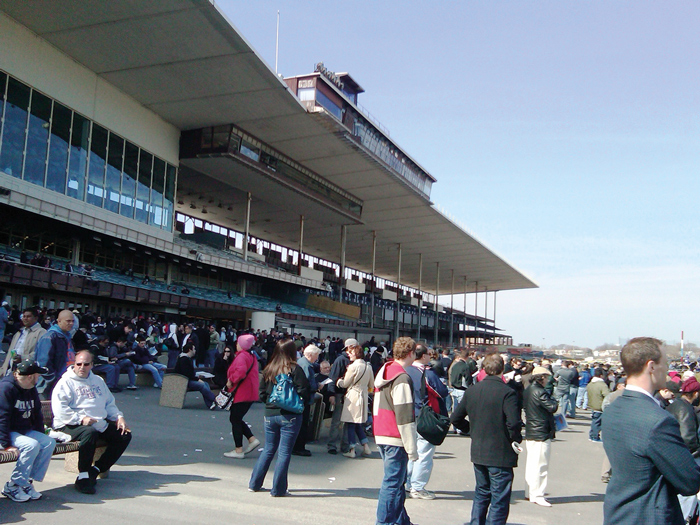 Two men made a lot of money at Aqueduct Saturday night—but poker and the ponies had nothing to do with it.

The surgical mask-wearing, gun-wielding duo made off with approximately $270,000 in cash from the South Ozone Park racetrack, according to police and published reports.

Three staffers, including two security guards, had been tasked with moving the lucrative haul to the basement vault from the third floor when the crooks burst in around 11 p.m. and quickly herded the employees into a room before stealing the workers’ cell phones and the loot, according to accounts of the incident published in the New York Daily News and New York Post.

However, an unidentified Aqueduct employee told the Post on Sunday that the brazen armed heist “had to be” an inside job.

“You tell me: How did they know exactly where they bring the money down? The exact route from upstairs to the vault downstairs? It had to be someone familiar with the procedure here,” the employee said.

No injuries were reported. The investigation is ongoing.