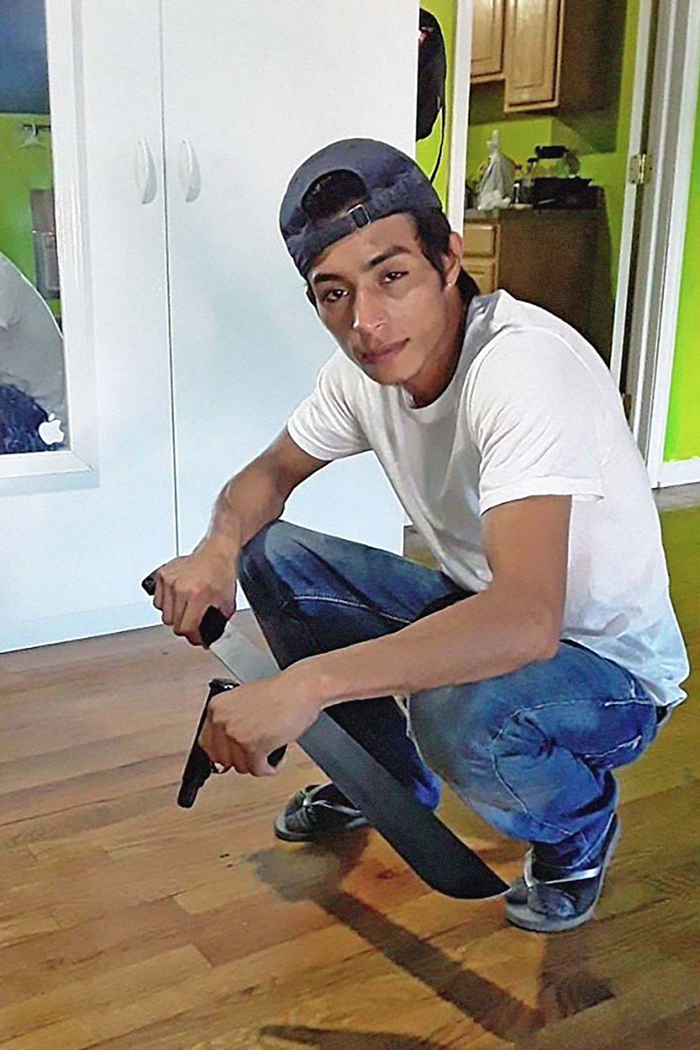 Alleged MS-13 associate Juan Amaya-Ramirez (pictured) has been charged with the murder of 17-year-old Andy Peralta.

As detailed in the complaints and the government’s detention letter, alleged MS-13 associate Juan Amaya-Ramirez is charged with the murder of 17-year-old Andy Peralta. On the night of April 23, 2018, Amaya-Ramirez and two others lured Peralta to Kissena Park in Flushing where they confronted him. Peralta had a tattoo of a crown on his chest which Amaya-Ramirez and the others mistakenly believed to be a symbol of the rival Latin Kings gang. The assailants fatally beat, stabbed and strangled Peralta. The victim’s tattoo was also slashed. Peralta’s assailants used Amaya-Ramirez’s iPhone to photograph Peralta’s corpse, while they displayed MS-13 gang signs with their hands. The photograph was found in

Amaya-Ramirez’s iCloud during a court-authorized search of the account.

Alleged MS-13 associates Douglas Melgar-Suriano and Jairo Martinez-Garcia are charged with the murder of Victor Alvarenga, who was shot and killed near his home in Flushing. In the early morning of Nov. 4, 2018, the two defendants and a third individual laid in wait for Alvarenga. The men approached Alvarenga, who was walking down the street. After walking with him briefly, Melgar-Suriano allegedly shot Alvarenga multiple times in the head and body. As Alvarenga writhed on the pavement, Martinez-Garcia also shot him.

Alleged MS-13 member Ramiro Gutierrez and alleged gang associates Tito Martinez-Alvarenga and Victor Lopez are charged with the murder of Abel Mosso on a subway platform in Queens. In the early afternoon of February 3, 2019, Lopez and Martinez-Alvarenga followed Mosso, who they believed to be a member of the rival 18th Street Gang, onto the No. 7 Train at the Main Street station in Flushing, trailed by Gutierrez. Lopez and Martinez-Alvarenga assaulted Mosso inside the subway car and then dragged him out onto the platform at the 90th Street Street station in Jackson Heights. The defendants produced a gun, but Mosso wrestled it away. Gutierrez shouted in Spanish, “Nobody get involved, we’re MS-13, we’re going to kill him.” Gutierrez then grabbed the gun from Mosso and shot him multiple times, killing him. Law enforcement recovered a video posted on Facebook depicting the murder.

“The murders and crimes of violence allegedly committed by these defendants are trademark MS-13 offenses—cold-blooded, senseless and brutally violent—and pose a grave danger to the residents of our communities,” said Brooklyn U.S. Attorney Richard Donoghue. “Thanks to the hard work of federal and local law enforcement officers, the defendants will now face prosecution for the charged crimes.”