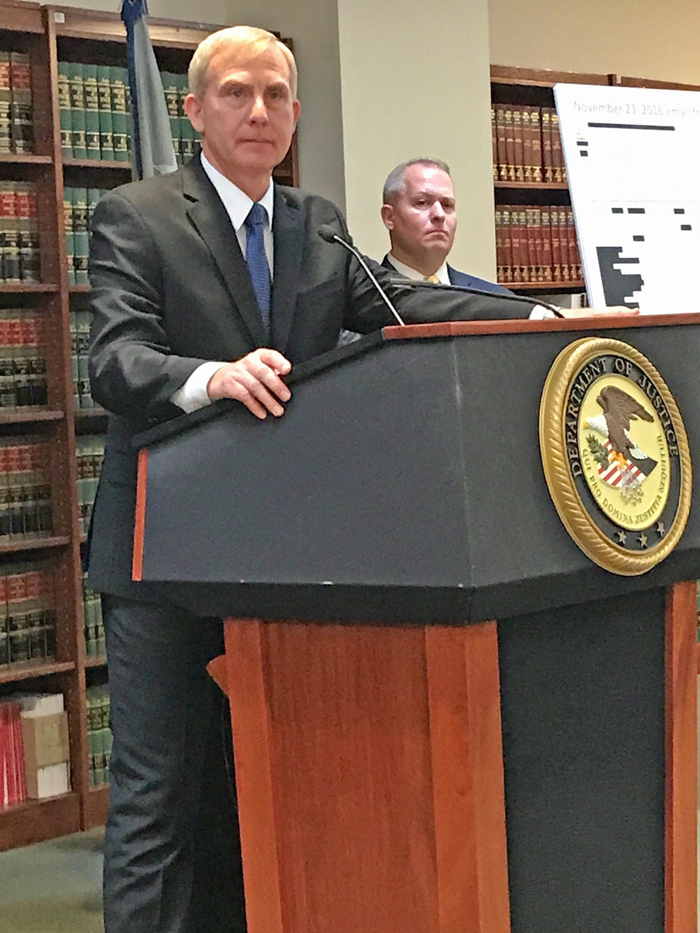 Daniel Jou, 40, and Joseph Miner, 29, were arraigned last Wednesday on a criminal complaint charging them with receiving and possessing multiple firearms with obliterated serial numbers. Jou and Miner were ordered detained pending trial.

As alleged in public filings, law enforcement authorities began investigating Miner in late 2019 when he posted on social media accounts his interest in obtaining assault weapons and other firearms for a racial civil war or racial holy war. For example, Miner posted on his Instagram account the following content in December 2019 and January 2020:

Miner also posted Instagram messages displaying suicidal ideations and fantasizes about “martyring” himself and “go[ing] out in a blaze of glory” in a mass shooting.

In April 2020, Miner initiated contact with an undercover law enforcement agent posing as a firearms dealer and reviewed with the agent a list of handguns and a shotgun that he wanted to purchase for himself and Jou. Thereafter, Miner and Jou purchased numerous firearms from the undercover agent knowing that the serial numbers that would allow the weapons to be traced had been removed. On April 26, 2020, the defendants met the undercover agent at a hotel in Queens and indicated they were willing to spend thousands of dollars to purchase firearms and ammunition, including AR-15 assault rifles.

In the days following the April 26 meeting, the defendants used an encrypted messaging service to request additional firearms from the undercover agent. For example, Jou offered to spend up to $5,000 to purchase eight firearms, including a Colt M4 assault style rifle and multiple handguns. Similarly, Minor offered $2,000 to purchase two handguns, a shotgun and a “Ghost AR”—an assault-style firearm made from different gun parts and without serial numbers or other identifying markings—and a “suppressor,” or silencer.

On the evening of May 12, Jou and Miner met the undercover agent at a hotel in Queens. During the meeting, the undercover agent showed Jou and Miner several firearms, many with the serial numbers obliterated. Jou purchased a Glock 19 handgun with an obliterated serial number and a fully automatic assault rifle with a silencer attachment and high capacity magazine. Jou also expressed his interest in buying additional firearms from the undercover agent at a later date. Miner purchased a handgun and shotgun, both with obliterated serial numbers, and an AR-15 style assault rifle “ghost” gun with a silencer attachment and high capacity magazine. Miner also bought more than 200 rounds of ammunition, which he planned to share with Jou.