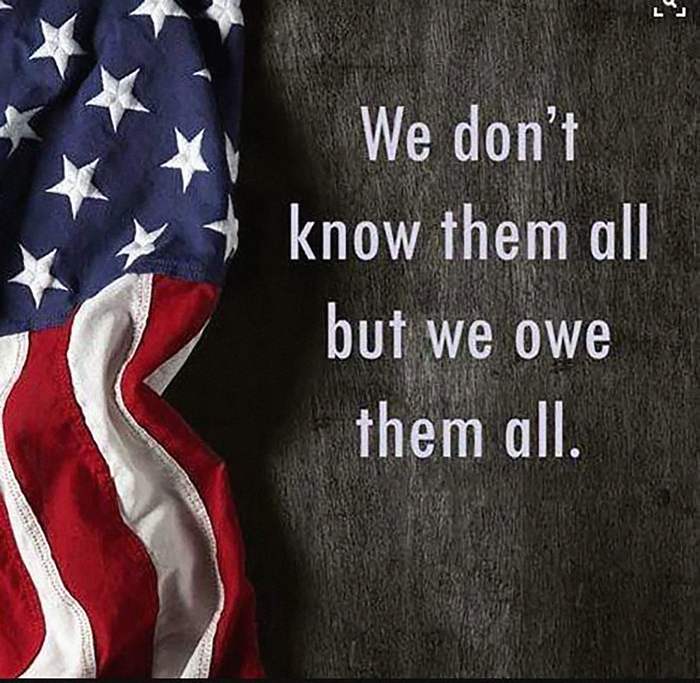 Although the weather wasn’t exactly what the meteorologists had promised for this past Sunday, the sun and an undeniable spirit shone down on Shore Parkway in Howard Beach. Outside his home on 99th street sat a uniformed Butch Puccio with his wife of more than 75 years, Jennie.  They watched as dozens of cars, some with balloons and signs, and crowds of onlookers gathered to pay homage to the 99 year old WW II veteran in honor of Memorial Day.

I first met Butch nearly 15 years ago while covering the Howard Beach Memorial Day festivities in Coleman Square. I was instantly captivated by his charisma, his wit and his charm. As the years went by, I found myself readying for the parade each year and anxiously awaiting the opportunity to spend a couple of hours listening to him speak about his life, his experience and his service. His sense of humor– in a class by itself –however, was paled by the reverence of his tone when he spoke of his country and his time serving it.

This year because the parade had to be cancelled, I feared he would miss the day he so cherishes but thanks to his inspiration, those closest to him found another way. The traditional ceremony was morphed into a pandemic induced way of honoring a deserving hero on one of the most important days of the year.

For the last 158 years, Memorial Day has honored and mourned the military personnel who died while serving in the U.S. Armed Forces, and it is doubtful that anyone takes the scope of the day more to heart than Butch Puccio. His perfectly angled salute still intact, you can feel his pride in the uniform, his service and his country simply by standing next to him.

He greeted every passing car and every one of those who came on foot to see him. Completely unruffled by the magnitude of the current situation, he offered encouraging words to all.

When the West Hamilton Beach Volunteer Fire Department arrived at his house, they lined up along Shore Parkway to salute him. He returned the salute and as they thanked him for his service, he began regaling them with bits in pieces of his days in the Armed Forces. When they were thoroughly involved he looked up and said, “you know I’m 68 years old…” Butch watched the confusion drift over their faces—wasn’t he 99 years old? And when he had them right where he wanted them he looked up and said, “Ok. I lied.” Laughter spread right down the line when they all realized they’d been swept in and been had by the crafty veteran.

In that moment I realized why Butch is so very special. He is not only a hallmark of military service, he exemplifies what it means to take difficult times in stride and move on as best you can. Perhaps the old adage rings true: They just don’t make them like that anymore.

About nine years ago, when Butch asked me if he would ever make the cover of The Forum, I said absolutely. But first you have to make it to the parade following your 100th birthday.

We have been counting the days since then. And with that day less than one year away, there is no doubt it’s going to happen.