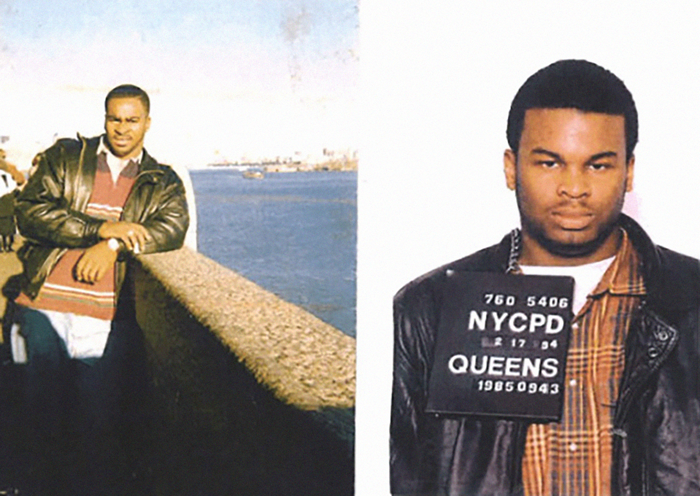 Photographs from around the time of the 1994 homicide, shows the resemblance between Garfield Brown (left) and Samuel Brownridge.

Queens District Attorney Melinda Katz on Tuesday announced the filing of a joint motion to vacate the murder conviction of Samuel Brownridge, who was incarcerated for more than 25 years for a crime that he did not commit.

Adams, 32, was shot and killed in his St. Albans neighborhood on the night of March 7, 1994. Adams was confronted by a group of four men, one of whom was in a wheelchair. The man in the wheelchair struck the victim in the head with a bottle and another member of the group then shot him in the head. There was no apparent motive for the crime.

Several days later, Brownridge was identified as the shooter by a witness who had been threatened by the group only moments earlier and then witnessed the shooting. Another man who claimed to have seen the shooting from a distance also identified Brownridge. No physical evidence linked Brownridge to the crime. Brownridge consistently asserted his innocence of the murder and has claimed that he was at home with his girlfriend and child at the time of the shooting.

Brownridge, represented by Donna Aldea of the law firm Barkett, Epstein, Kearon, Aldea, & Loturco, LLP, presented substantial new evidence of innocence to the Conviction Integrity Unit. The CIU then conducted its own investigation and reached the conclusion that Brownridge is actually innocent. According to the motion filed Tuesday, the jury that convicted Brownridge did not hear the following evidence that would have changed the outcome of the trial:

“This is a profoundly poignant day for Mr. Brownridge. After decades of voicing his innocence, this man who served 25 years for a crime he did not commit will finally be unencumbered by this miscarriage of justice,” Katz said.