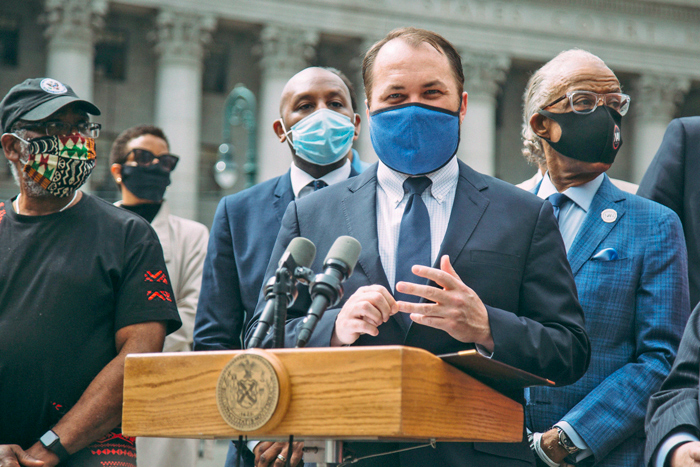 The FY2021 Adopted Budget includes $837 million in cuts and transfers to the City Police Department expense budget. When combined with associated costs, these cuts remove $1 billion from the NYPD’s spending.

According to the council, the new adopted budget highlights include:

Reduce and Reform the NYPD: The budget reduces police spending and shrinks NYPD’s footprint. The reduction includes nearly $484 million in cuts, $354 million in shifts to other agencies best positioned to carry out the duties that have previously been assigned to the NYPD, such as the Departmen of Education, Department of Health and Mental Hygiene, and Department of Homeless Services, and $162 million shifts in associated costs, as well as a movement of $500 million in capital costs from the NYPD capital budget which allows investment in other infrastructure. The council also indicated that it will be moving forward with hearings and legislation in July to ensure a just transition away from law enforcement in schools, homelessness and mental health, “so that we can make certain that this is not just a budget shift”:

Save Summer: The council has secured $115.8 million to bring back the Summer Youth Employment Program and the COMPASS, Beacon, and Cornerstone summer camp programs. Thanks to this restoration more than 35,000 youth will participate in a job training programs and at least 70,000 children will enjoy a summer camp experience. The Work, Learn, Grow program that offers students paid work experiences during the school year will provide up to 2,000 jobs next school year. 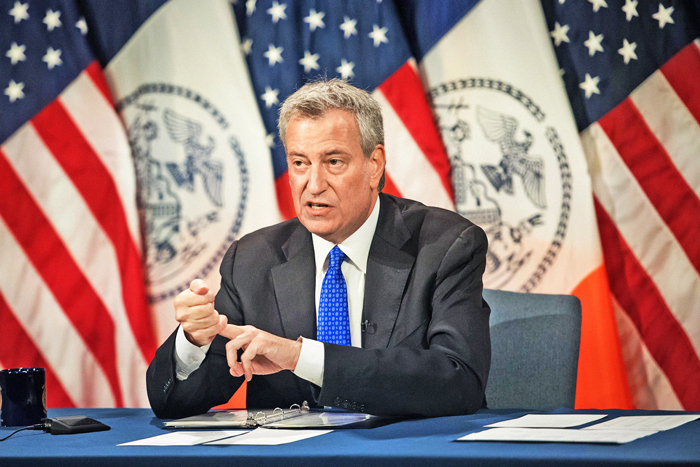 Beating Back COVID-19: According to the de Blasio administration, the City has spent approximately $2.7 billion so far on the response to the pandemic. Spending includes $800 million on Personal Protective equipment and $800 million on H+H staffing and support. The City is also spending over $450 on food efforts to ensure no New Yorker goes hungry, moved thousands of homeless New Yorkers into hotels and built a Test & Trace program from the ground up to ensure New Yorkers can stop the spread of the virus and recover. The administration is also expanding NYC Care to Manhattan and Queens this year ($37.5 million) to ensure New Yorkers in every borough have access to guaranteed health care and creating three new specialized Community Clinics in Jackson Heights, Bushwick, and Tremont to treat the lasting effects of COVID-19 ($113 million).

“From reinvesting funds from the NYPD in youth programming and social services, to building new community centers, this budget prioritizes our communities most in need while keeping New Yorkers safe,” de Blasio said. “As we emerge from the epicenter of COVID-19, it’s now more important than ever to create a fairer city for all.”

However, this week’s deal has its share of opponents.

“I could not, in good faith, vote ‘yes’ on the budget adoption,” Councilman Eric Ulrich (R-Ozone Park) said on Wednesday. “These deep cuts to the NYPD budget are just insane. While gun violence and murder skyrocketed, the Mayor and council are catering to the demands of left-wing extremists who aim to completely dismantle the NYPD. This budget will make New York City a more violent place. New Yorkers will not soon forget this betrayal of the public trust and who was behind it.”

Scott Roberts, senior director of Criminal Justice Campaigns at Color Of Change, said, “Mayor De Blasio and the New York City Council’s ‘cuts’ to the NYPD’s budget are a publicity stunt masquerading as reform. The budget, which officials are touting as divestment from police, simply shuffles funding for aggressive policing and heavy-handed enforcement out of one departmental budget and into another. Despite the mayor and Council Speaker Corey Johnson’s rhetoric, last night’s vote does not defund the police; it protects them with convoluted budget tricks. The move serves as a bad example to the rest of the nation and a warning to activists across the country who are demanding systemic change in response to systemic racism within policing that is killing black people. Right now, with countless black and brown lives at stake and a chorus of protesters on the steps of City Hall, New York leaders have turned advocates’ demands for fairness, safety, and transparency into a game.

“With this shameful budget agreement, the mayor and the City Council have reminded New Yorkers that their allegiance to a racist, violent police force comes before the safety and well-being of their constituents. Elections are coming and we are committed to holding these elected officials accountable to the actual communities they purport to represent.

“Defunding the police means dismantling the police department—not lavishing public funds on officers under a different budget line. Our leaders must be willing to divest from dysfunctional policing and invest in community-based public safety solutions, and we must hold them accountable when they fail to do so. Mayor De Blasio and Speaker Johnson may have taken us for fools, but with the council’s approval of this budget, they must remember that we’re watching.”

Acting Queens Borough President Sharon Lee blasted the mayor and City Council for the adopted budget’s cuts to senior services. The Council Senior Services Initiatives are slated to be cut by over 12 percent from FY 2020, including the decimation of $1.13 million of the Borough President’s Discretionary Department for the Aging funding, of which $324,904 serves senior programs in Queens.

“Queens elders are yet again shafted and disproportionately shortchanged by the City’s budget,” Lee said. “Nearly a third of the city’s elders reside here in Queens, yet the City has persistently spent the lowest per-capita for Queens seniors out of all five boroughs—a sharp, historical disparity only worsened by this to-be-adopted budget. Pledging to redirect funding into our communities, only to cut millions of dollars from precious senior services and to slash the borough presidents’ discretionary funds for seniors in wholesale form, is disingenuous at best. On the backs of our elders is more than our fair share of pain.”