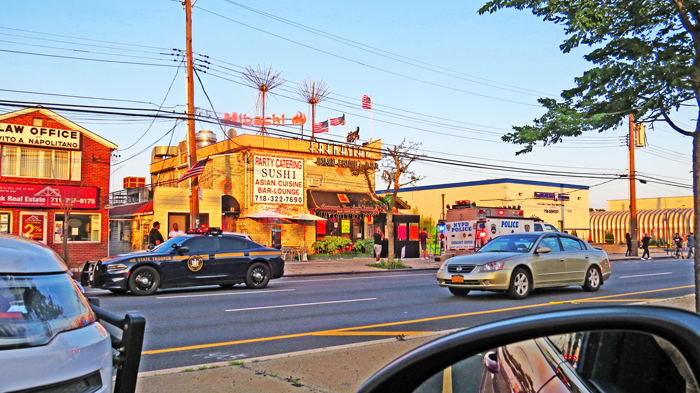 A heated exchange between two customers inside Frenasia restaurant ended with gunfire.

A retired City police officer has been charged with allegedly firing a gun inside a Howard Beach restaurant last Tuesday evening during a verbal dispute with another patron, seriously injuring an innocent bystander, Queens District Attorney Melinda Katz announced Thursday.

Dwayne Chandler, 52, of Staten Island, was arraigned Thursday morning on a complaint charging him with assault in the first degree, criminal possession of a weapon in the second degree, and reckless endangerment in the first and second degree.

Bail was set at $20,000 bond/$10,000 cash. Chandler posted bail and was released from Rikers Island Thursday night. His next court date is July 24. 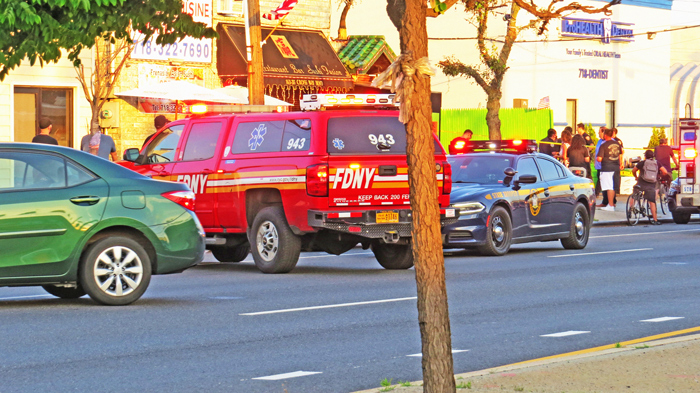 Forum Photo by Patricia Adams
An innocent bystander was rushed to an area hospital and currently has no sensation in his legs and is unable to move his toes as a result of the bullet that pierced his back.

According to the charges, shortly after 7:20 p.m. on Tuesday, June 23, Chandler became embroiled in a verbal dispute with another patron inside Frenasia on Cross Bay Boulevard and 163rd Avenue. One shocked eyewitness told The Forum that the two men have had words in the past at Frenasia. However, last Tuesday, the white man allegedly swung a chair in Chandler’s direction while referring to him by using the N-word. According to another witness, Chandler, who is African-American, pulled out a firearm and suddenly a gunshot erupted.

According to the charges, another man inside the restaurant heard the gunfire and immediately felt a sharp pain in his back. He was rushed to an area hospital and currently has no sensation in his legs and is unable to move his toes as a result of the bullet that pierced his back.

“A verbal dispute could have turned deadly when this defendant allegedly lost control and fired his weapon—hitting an innocent bystander instead of his intended target,” Katz said. “This kind of gun violence is unacceptable, particularly when the shooter is alleged to be a retired member of service. The defendant will now be held accountable for his alleged actions.”

If convicted, Chandler faces up to 25 years in prison.