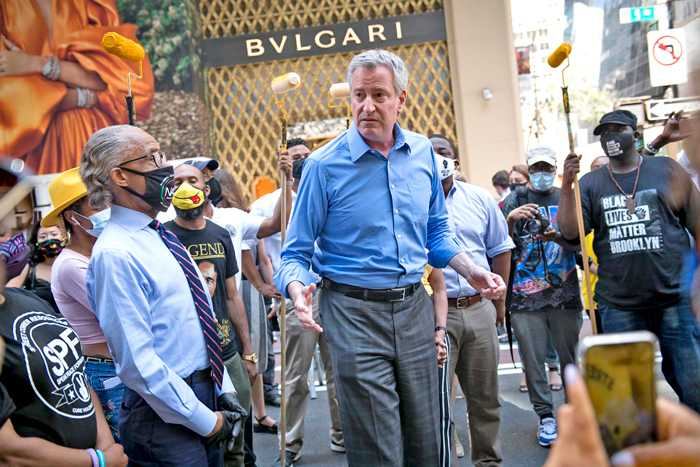 It’s tough to concentrate on the tens of thousands of new COVID-19 cases and the death tolls when we are facing so any more pressing issues, isn’t it

Aunt Jemima is Gone With the Wind, and not only has Uncle Ben has lost his place on a rice box but there’s talk that Uncle Ben isn’t really even Uncle Ben. And then there’s one of the National Football League’s oldest and most-storied franchises, now the team formerly known as the Washington Redskins, who have surrendered their franchise name and logo and are, at present, nameless for the first time since 1933.

The reality television show “Cops” was cancelled after 32 years, Grammy organizers renamed awards to include the word “progressive” in place of “urban,” terms like “blacklist,” “whitelist” have been struck from the technology glossary, and financial support from corporate America is in the billions with tech giants leading the way. Now, when you ask Alexa or Siri or you Google do “black lives matter,” you’ll get a unanimous yes. “Black lives matter. I believe in racial equality,” says Amazon’s Alexa. “I stand in solidarity with the black community in the fight against systemic racism and injustice.” National monuments are being eliminated or restructured; the NFL plans to play the black national anthem before every Week 1 game.

But those changes seem cosmetic, ancillary even, while across America we are seeing and feeling the effects of a wave of gun violence that during the third week in June resulted in 40 deaths in major US cities. Chicago alone saw 104 people shot with 14 dead in less than a week-the worst stat in its modern history. One of the fatalities in the Windy City was a three-year-old boy.

Can we say that this violence is solely attributable to the rise in BLM protests? Absolutely not. What we can say is that during the first wave of the movement back in 2014-2015, a similar patterning of escalation in gun violence and shootings/homicides occurred.

Consider what is currently going on in our beloved city’s streets.  For decades we have held pride in being touted “safest big city” in America. NYPD COMP Stats show shootings are up from 394 in 2019 to 634 in the same period this year. There were 53 shootings from Friday to Monday, slightly down from the July Fourth weekend when 64 shootings were reported.

On Monday alone, at least 17 people were shot across Gotham. SEVENTEEN.

Included in the casualties were one year-old boy was killed in Bedford Stuyvesant when gunmen opened fire at a cookout, a 17-year-old struck by a bullet in Harlem outside a housing project and a 15-year-old boy and 34-year-old man who got into an argument on Tuesday afternoon and shot and killed each other.

On a national level there are many things to worry about but the biggest worry for us right here at home? ––we need to worry about that certain someone who is apparently very confused over what to be worried about.

Instead of focusing on contributions for a mural in front of Trump Tower, how about we concentrate on protecting the lives and property of our fair metropolis.