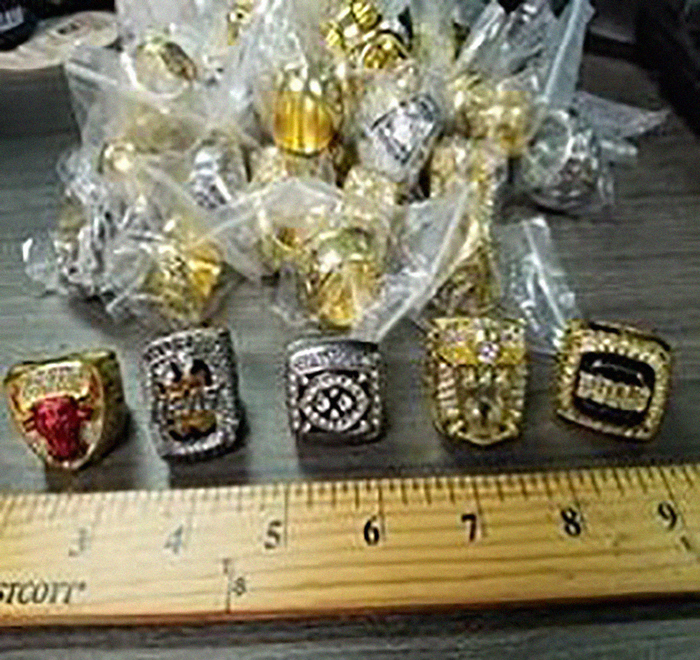 There have been no arrests and the investigation is ongoing, CBP officials said.

“CBP officers are protecting the American public from various dangers on a daily basis,” said Troy Miller, director of CBP’s New York Field Operations. “The interception of these counterfeit professional sports championship rings is a direct reflection of the vigilance and commitment to mission success by our CBP officers daily.”