A CAT unit reads a driver’s license that was inserted into the unit and indicates that this license has expired and is no longer valid for passage through the checkpoint.

TSA at JFK International Airport has 22 credential authentication technology units in use and LaGuardia Airport has 18 of them in operation.

According to TSA, when a traveler hands the TSA officer their ID, the officer places it in the CAT unit, which scans the ID and informs the officer whether the ID is valid. In some locations, the units are positioned to allow passengers to insert their ID into the units. In most cases, travelers who approach the TSA travel document checking podium do not have to show their boarding pass because the CAT unit verifies that the traveler is prescreened to travel out of the airport for a flight that day; however, one may be requested for travelers under the age of 18 and/or those with ID issues. Even with TSA’s use of CAT, travelers still need to check-in with their airline in advance and bring their boarding pass to their gate agent to show the airline representative before boarding their flight. 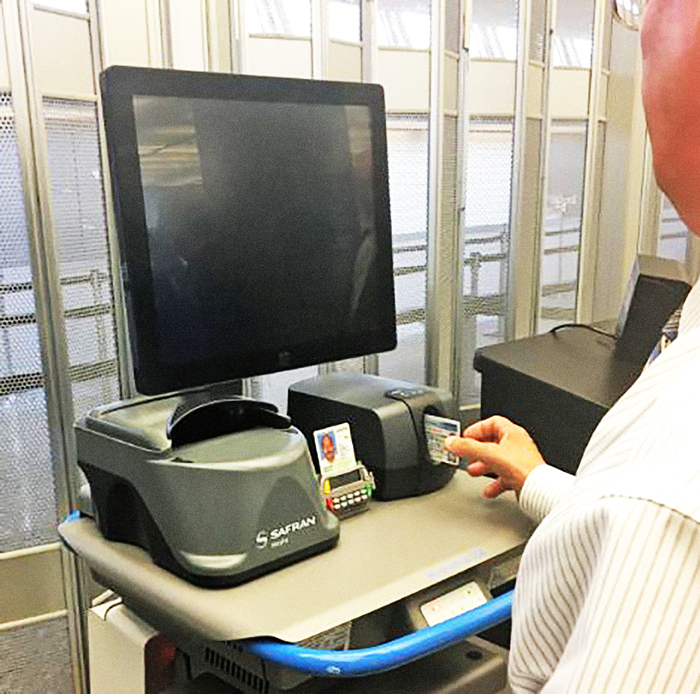 Photo Courtesy of TSA
A driver’s license is inserted into a credential authentication technology (CAT) unit to determine if it is authentic.