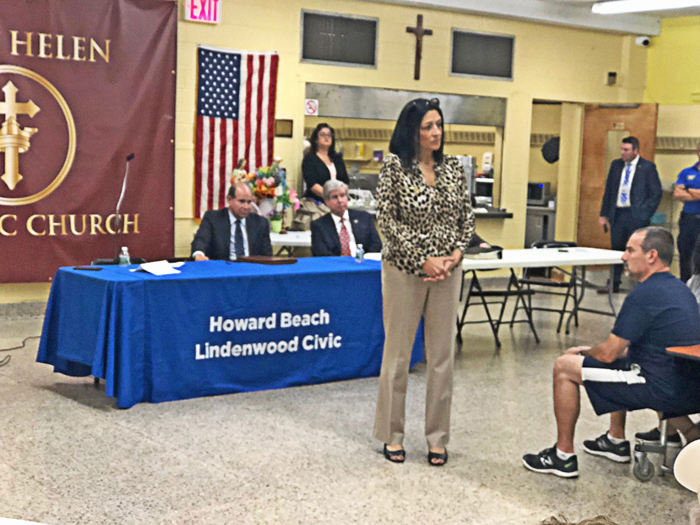 Ariola has been the long-standing president of the Howard Beach Lindenwood Civic Association.

With more than 112,000 votes in and nearly 97 percent of scanners reporting on the morning of Wednesday, June 24, Richards jumped out to an early nine-point advantage over Crowley. Councilman Costa Constantinides (D-Astoria) came in third with 15.23 percent; retired NYPD Sgt. Anthony Miranda nipped at his heels with 14.75 percent of the vote.

The City Board of Elections only recently made Richards’ victory official. 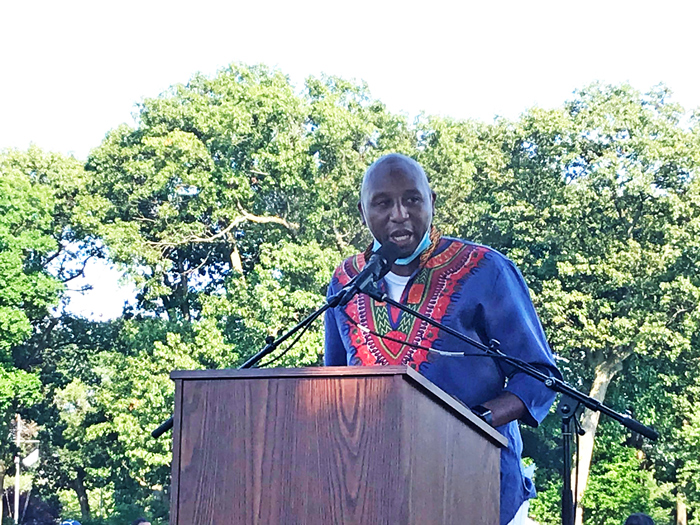 The Forum sat down with Ariola to get her perspective on the Borough President’s Office and what looks to be a lively campaign.

“I will address property tax reform, so that we can afford to stay in Queens. I will fight for better transportation and roads as well as oppose toll increases, because it’s already too hard for us to get to work and all the places we need to go.I will advocate for small businesses and help them recover from the disastrous regulations and policies that threaten the livelihoods of so many hardworking people.I will ensure quality schools and choice in education to help all our children succeed,” Ariola answered when asked what she will aim to accomplish should she win the seat to lead The World’s Borough.

Ariola also addressed the stark differences between her and Richards.

“The dangerous rhetoric from my opponent and the mayor has created a deadly environment in our borough and city and signaled to criminals that it’s open season on our cops,” Ariola said. “It is imperative that we get the message out to voters that there is a law-and-order, common-sense choice for borough president.”