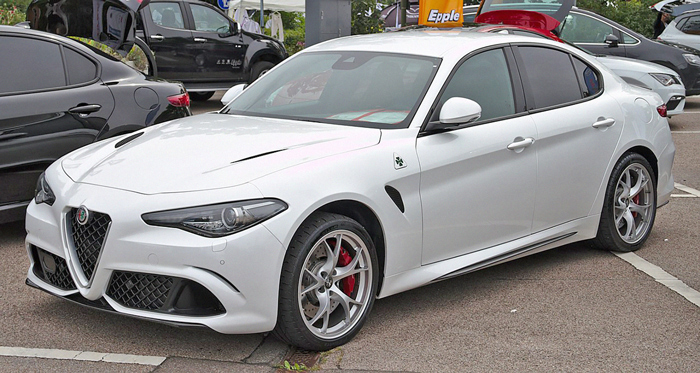 A Flushing man has been charged withusing fake identification to buy and lease several luxury autos in other people’s names—including that of his terminally ill uncle, Queens District Attorney Melinda Katz announced Friday.

Guang Jin, 33, was arraigned Thursday night on two separate complaints charging him with grand larceny in the second and third degrees; attempted grand larceny in the second degree; criminal possession of stolen property in the second, third, and fifth degrees; identity theft in the first degree; and criminal possession of a forged instrument in the third degree. Jin was released on his own recognizance with a temporary order of protection issued by the court; he was ordered to return on Sept. 28.

According to the charges, on March 9, Jin and an unidentified individual shopped at a luxury car dealership in Westbury, Long Island. Using his uncle’s identification, Jin allegedly purchased a 2019 Alfa Romeo Giulia and leased a 2019 Alfa Romeo Stelvio. Jin and his accomplice drove off the lot in the cars, valued at more than $46,000 each.

Katz said that the victim’s son-in-law told investigators that Jin visited his uncle at home several times in January, after the elderly man had been diagnosed with a terminal illness. After Jin’s visits, the son-in-law stated that the dying man began to receive bills from various merchants, credit card companies, as well as letters denying credit. The son-in-law, who held power of attorney for the victim, stated he never authorized these purchases or applied for credit in the victim’s name.

According to the charges, Jin’s uncle returned to his homeland in China and died in August 2019.

Katz said in July 2019 Jin visited a car dealership on Northern Boulevard in Woodside. He allegedly showed a driver’s license bearing the name of another man and purchased a 2019 Ford Mustang with a price tag of $52,000.

According to the charges, Jin repeated this scheme again in May 2020, when he used a driver’s license, Social Security card and a credit card—all bearing the name of another victim—and attempted to purchase a Mercedes Benz GLC300, butthe sales person did not complete the necessary paperwork. On June 2, Jin allegedly leased a 2020 Lexus NX300 using the same forged ID, Social Security number and credit card.

Katz said Thursday a court-authorized search warrant was executed at the 38th Avenue home of Jin and Shen. Police allegedly recovered more than 250 pieces of personal identification, 187 credit cards and more than 27 photo IDs and other items detailing the personal information of various victims. Cops also seized more than 40 grams of methamphetamine and a quantity of heroin.

If convicted, Jin faces up to 12 years in prison. If convicted, Shen could be incarcerated for up to nine years.