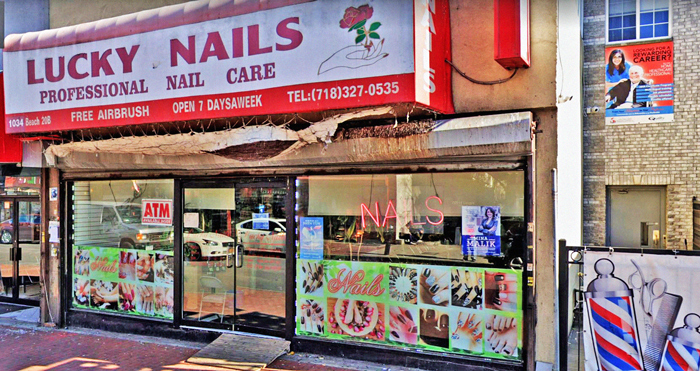 Williams and Berkley got into a heated dispute on Labor Day near this Far Rockaway nail salon.

James Williams, 51, was arraigned on Tuesday on a criminal complaint charging him with second-degree murder and criminal possession of a weapon in the third degree.

According to the complaint, shortly after 3:55 p.m. on Monday, police responded to reports of a fight across from a nail salon in a common walking path off Beach 20th Street. Upon their arrival, police found the victim, Massiah Berkley, of Brownsville, lying face up and bleeding from his chest. The 20-year-old victim was rushed to a nearby hospital, but succumbed to his injuries.

According to the charges, witnesses saw Williams and the victim arguing. The heated dispute turned violent with Williams allegedly pulling out a knife and stabbing Berkley. Minutes after the bloody attack, police apprehended Williams a short distance from the scene.

“The defendant instigated a fleeting disagreement and allegedly turned it into a deadly tragedy. Acting out with violence is never the answer to resolve a dispute,” Katz said. “This altercation ended with a man brutally losing his life. This defendant is in custody and will be held accountable for his alleged rage-fueled criminal attack.”

If convicted, Williams faces up to 25 years to life in prison.