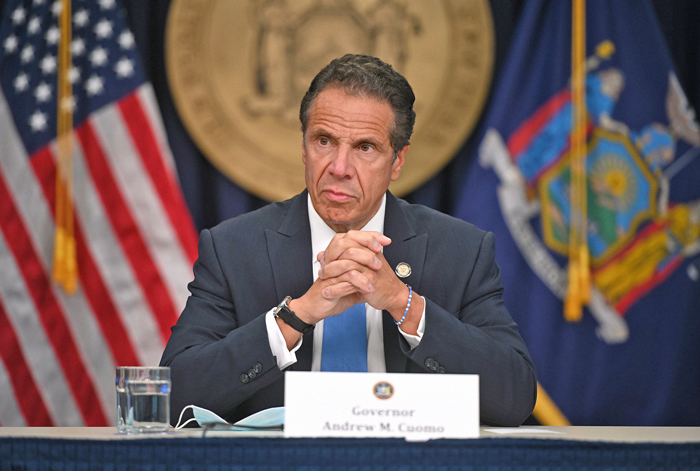 “It is personal. I think it’s psychological. He is trying to kill New York City,” Gov. Cuomo said of President Trump.

Governor Andrew Cuomo on Tuesday lit into fellow borough native Donald Trump during a press availability in which he didn’t mince words, even positing that the president is “trying to kill New York City.”

“There was a headline in the Daily News once: ‘Ford to City: Drop Dead,’ and the City was outraged [President Gerald] Ford wouldn’t provide financial resources. What Ford did pales in comparison to what Trump is doing; not only did he tell New York City to ‘drop dead,’ Trump is actively trying to kill New York City,” Cuomo said. “It is personal. I think it’s psychological. He is trying to kill New York City. He passed [the state and local tax deduction], which was targeted just at New York City tax reform; it cost us $14 billion. He’s refused to fund the extension of the Second Avenue Subway from 96th to 125th Street. Every prior administration has funded the Second Avenue Subway. It has always been a federal-state partnership. Only this president, a former New Yorker, refuses to fund the Second Avenue Subway—even after we opened it up to 96th Street and did an amazing turn-around on the construction project that everybody celebrated.”

Cuomo went on to say that post-COVID problems are piling up, especially in NYC—and Trump is among said issues, not part of any solution.

“I can’t tell you how many phone calls I get from people, especially in New York City, who are literally worried about the degradation of New York City—and much of it stems from the economic problems. And Washington is doing absolutely nothing. They’re going back and forth with gridlock. This was the last piece of legislation that they were supposed to pass to handle the aftermath of COVID and they haven’t done it. The Republican Senate doesn’t want to fund state and local governments and that’s the sticking point. Not to fund state and local governments, but to provide all the money that they did to businesses—but you’re not going to provide funding to state local governments, who basically support police, fire, hospitals and schools is just totally ludicrous to me. And it starts with the president,” the governor said. “Donald Trump caused the COVID outbreak in New York. That is a fact. It’s a fact that he admitted and the CDC admitted and Fauci admitted. ‘The China Virus, the China Virus, the China Virus.’ It was not the China Virus; it was the European Virus that came to New York. They missed it. They missed it. The China Virus went to Europe. It got on a plane and went to Europe. They never even thought of the possibility and then 3 million Europeans got on a plane and came to New York and they brought the virus. January: they brought the virus. February: they brought the virus. March: they brought the virus. And in mid-March, the federal government does a travel ban from Europe. Mid-March. Too little too late, Mr. President. He caused the COVID outbreak in New York. Donald Trump and his incompetent CDC and his incompetent NIH and his incompetent Department of Homeland Security.”