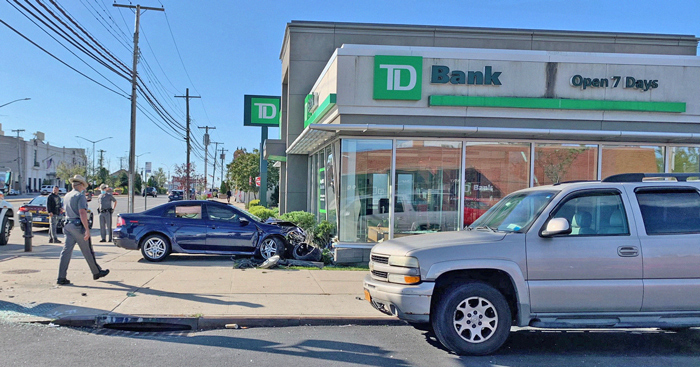 Theodore Simpson on Sunday morning crashed his Acura into the TD Bank on Cross Bay Boulevard and 162nd Avenue.

A Bronx man may be injured today but he’s lucky to be alive after he desperately tried to evade a traffic stop in Howard Beach Sunday—only to end up jumping the curb and smashing his car into the storefront of a Cross Bay Boulevard bank.

According to police and published reports, a New York State trooper on Sunday around 7 a.m. pulled over Theodore Simpson, 30, who was driving an Acura on the Howard Beach thoroughfare. However, Simpson decided to make a break for it before the cop could even climb out of his own vehicle. He sped down road, but his getaway was decidedly short-lived. Simpson quickly lost control of the sedan, slamming it into the glass front of the TD Bank on Cross Bay Boulevard and 162nd Avenue. 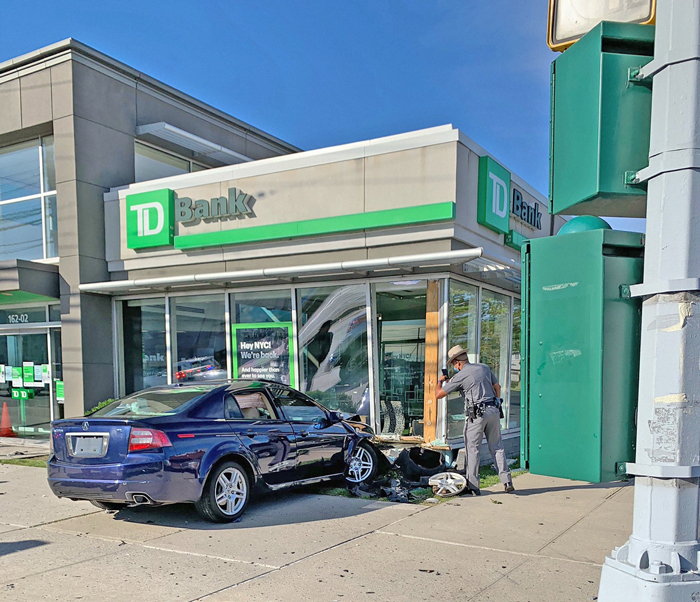 Forum Photo by Patricia Adams
He lost control of the vehicle while allegedly fleeing a traffic stop in Howard Beach.

Simpson was transported by EMS to Jamaica Hospital Medical Center with a leg injury, police said.

State Police investigators examined Simpson’s Acura with a fine-toothed comb—and uncovered the likely reason for his decision to flee the traffic stop: Cops found a loaded handgun and an unknown amount of heroin. 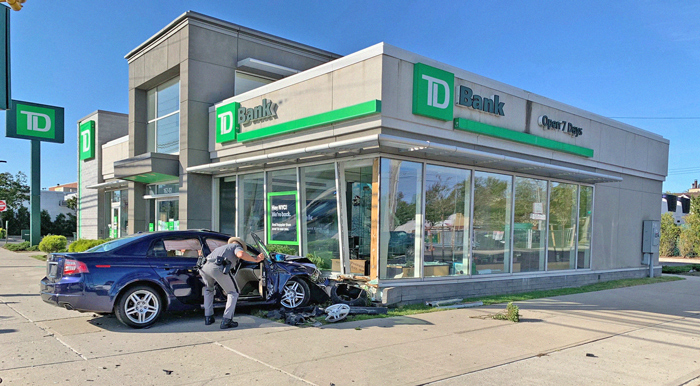 Forum Photo by Patricia Adams
Investigators allegedly discovered a loaded handgun and an unknown amount of heroin in Simpson’s car.

Simpson has been hit with several misdemeanors and a felony (for the gun). Other charges include reckless driving, fleeing a police officer, and possession of a controlled substance. He was scheduled to appear in court on Wednesday, Sept. 23.