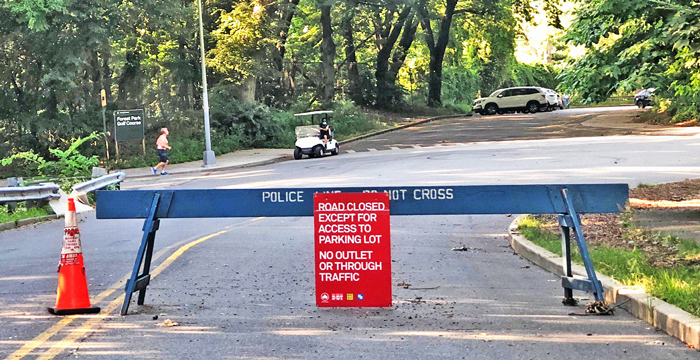 A Forest Park Golf Course caretaker recently died days after he was physically accosted by vandals running wild on the links, according to police and published reports.

William Hinchey, 79, on Tuesday, Sept. 8 observed a number of teens riding bikes on the greens and trying to steal hole flags. After asking the group to disperse one of them allegedly pushed Hinchey to the ground. The teens then scattered, leaving an unresponsive Hinchey on the grass.

Hinchey, who suffered a broken pelvis, was rushed to Jamaica Hospital Medical Center and later transferred to North Shore University Medical Center on Long Island where he died Friday, Sept. 11, according to authorities.

Hinchey’s funeral was held last Wednesday at St. Thomas the Apostle church in Woodhaven. He lived in Whitestone.

As of Wednesday morning no arrests had been made and the investigation is ongoing.