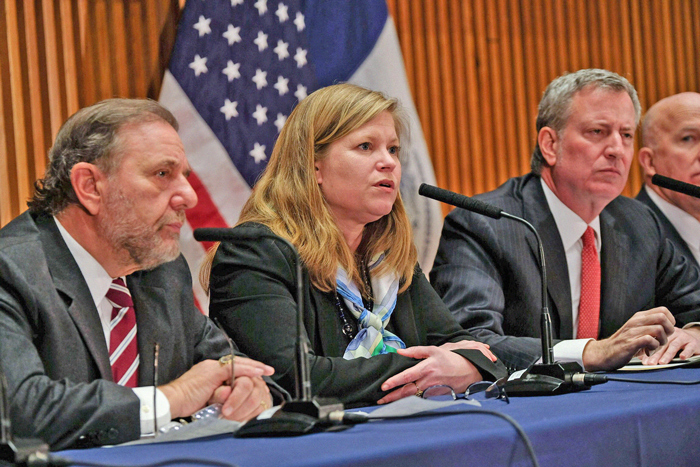 Grayson, a 21-year DSNY veteran with deep family ties to the agency, succeeds Kathryn Garcia, whose official last day as head of the department was Friday.

Grayson was most recently appointed four-star chief and director of the Bureau of Cleaning and Collection in September 2017. He has held a range of positions throughout the department. He was Operations chief overseeing snow removal during the 2016 Jonas Blizzard, the largest snow storm in New York City history.

As director of the Bureau of Cleaning and Collection, Grayson oversees day-to-day operations for DSNY, including the collection, recycling and disposal of more than 12,000 tons of waste per day and efforts to keep the city’s communities healthy, safe and clean. He has implemented new technologies to improve snow removal and reform front-line operations, and he has been a leader in the department’s implementation of the City’s aggressive zero-waste goals, the mayor noted. 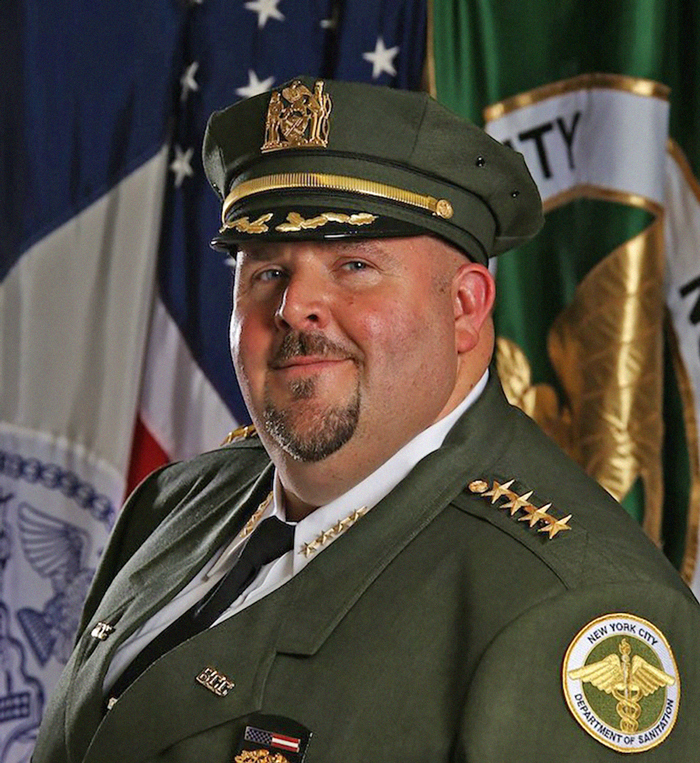 “Edward Grayson is the kind of experienced, steady hand New York’s Strongest needs to lead the department through this transitional period,” de Blasio added. “I’m grateful for his service, and I look forward to working with him to give New Yorkers the safe, livable communities they deserve.”

Grayson’s father was a life-long Sanitation worker and supervisor and his mother was recycling outreach coordinator during the rollout of the City’s groundbreaking citywide recycling program in the 1990s.

“When I was a kid, I always wanted to be a Sanitation worker, because my dad was one,” Grayson said. “Every single member of this department is someone’s family, but during these unprecedented times, we are each other’s family, too, and I promise to never forget that. I want to thank Mayor de Blasio for the confidence he has placed in me, and Commissioner Garcia for the example she has set of competent, forward looking leadership and commitment to sustainability—a commitment DSNY will not abandon.”

Earlier this month, Garcia fired off a scathing resignation letter blasting the de Blasio administration for wielding an especially sharp budget ax that she pointed to as the reason behind her decision to step down.

“If, as is often said, budgets are a statement of values, my values require me to resign in the face of these cuts, which will harm New Yorkers,” Garcia wrote.