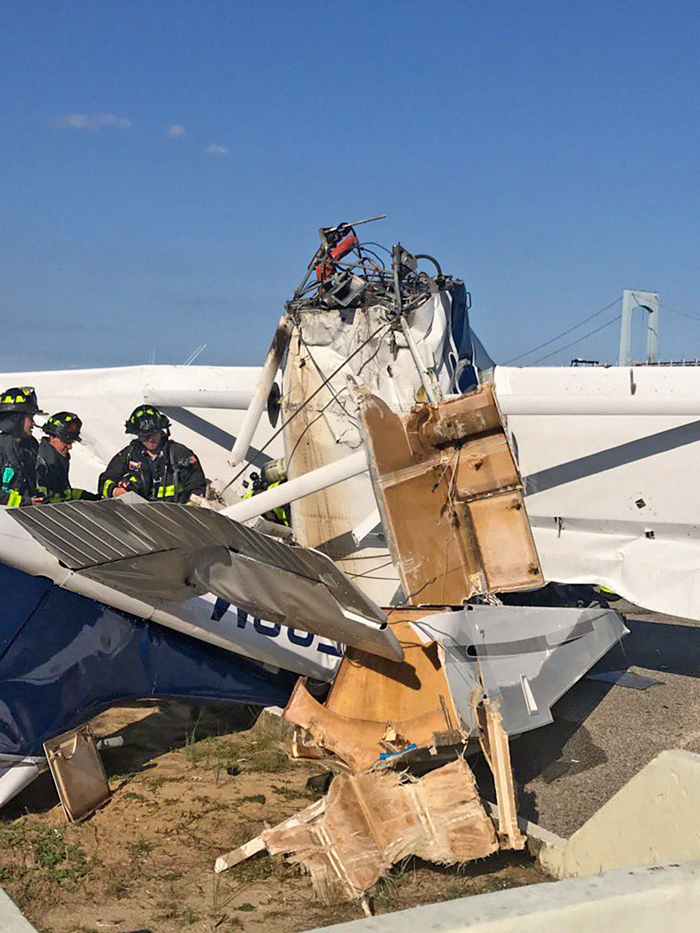 One passenger died and two remain hospitalized in critical condition after a single-engine seaplane on Sunday slammed into a concrete Long Island Sound pier in Whitestone.

“We received a call of a seaplane hitting a concrete pier. Units arrived within four minutes. Two of the occupants of the plane were already removed by a good Samaritan who had witnessed the plane hitting the pier and came to their aid. The third victim was removed by members of the FDNY,” Nigro said Sunday afternoon. “As of now, two of the people—the pilot and one of the passengers—are in critical condition in the hospital. One of the passengers is deceased. Witnesses said that the plane was traveling rather fast along the water, skipped twice, and hit the pier. An investigation will proceed into how this accident occurred. Two other people, including the good Samaritan, were treated on scene and refused further medical aid. The remaining fuel was offloaded by our HazMat units.”