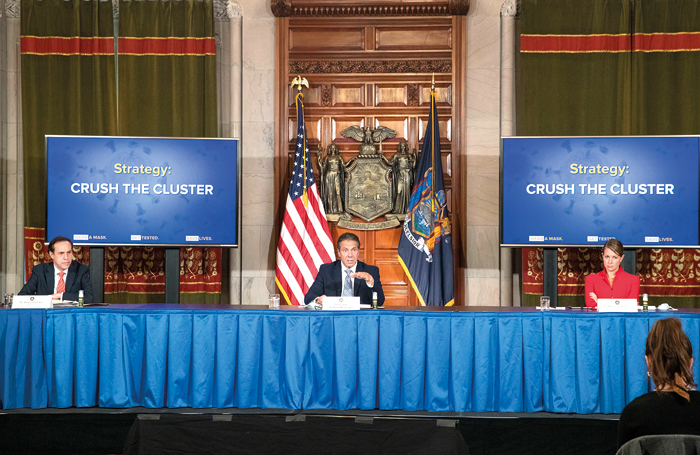 Photo Courtesy of Mike Groll/Office of the Governor

We’re also sending a letter to all schools in the red zones saying to them that they must be closed. If they violate the Section 16 order, we will withhold funding from the schools. This is a last and final warning,” Gov. Cuomo said.

The State Department of Health will send a letter warning local governments in cluster zones that they will lose state funding if they fail to enforce state limits on gatherings and the closure of schools, Cuomo noted. The letter will be sent to New York City, Orange County, Rockland County, the Town of Ramapo and the Village of Spring Valley.

Cuomo also announced that DOH will send an additional letter warning public and private schools in cluster zones that they will lose state funding if they do not comply with state requirements on closure and testing. 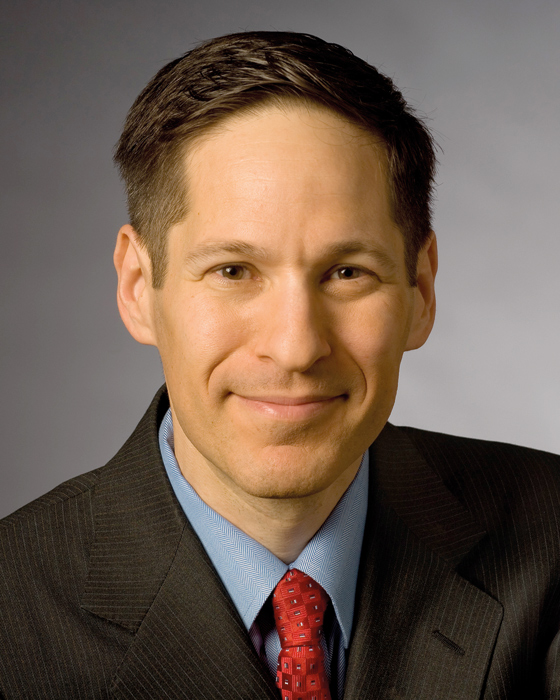 “We know that public and private schools in the red zones are supposed to be closed. We know that there were violations where yeshivas were operating. We know there were violations where religious gatherings were happening that exceeded the guidelines. This is especially a problem in Brooklyn and Orange and Rockland counties,” Cuomo said. “Number one, we are sending a notification to local governments saying they must enforce public health law under Section 16. If the local government does not effectively enforce the law, we will withhold funds. We’re also sending a letter to all schools in the red zones saying to them that they must be closed. If they violate the Section 16 order, we will withhold funding from the schools. This is a last and final warning.” 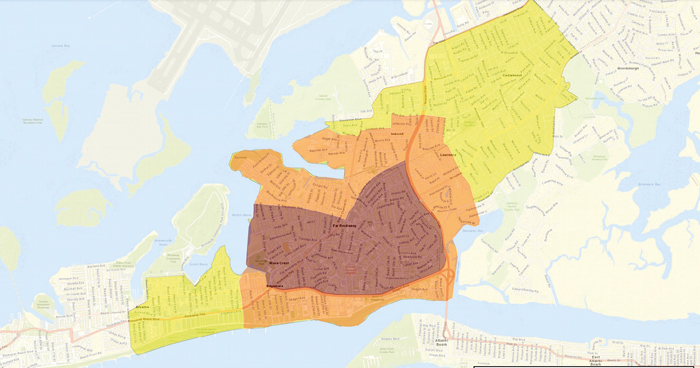 On Saturday, the governor outlined New York’s new “micro-cluster” strategy to tackle COVID-19 hot spots that may come with the fall and winter weather.

The micro-cluster strategy is predicated on three principles, according to Cuomo: refined detection, specific and calibrated mitigation, and focused enforcement.

“One of the lessons we learned in New York is to look ahead and stay ahead. It’s not checkers; we’re playing chess with this virus. In the fall you’re going to see an increased viral transmission rate—that’s just a fact. Until now, we have been targeting all our actions either on a statewide level or a regional level. That worked fine and frankly was our only option because we didn’t have any more sophistication than that,” Cuomo said. “We now have more sophistication because we’ve been at it for seven months. So rather than looking at COVID-19 data on the state level, regional level, county level or even neighborhood level, we are now going to analyze it on the block by block level. The micro-cluster strategy is not just to calibrate the state or the region, but to calibrate just those specific geographic areas. Target it and target your strategy down to that level of activity. It requires more testing, more targeted testing, and then you have to be responsive to the situations in that specific locality with mitigation measures. It has the advantage of causing less disruption.”

This strategy is based on the Cuomo’s Cluster Action Initiative, which he announced earlier this month, to address COVID-19 hot spots that have cropped up in Queens, Brooklyn, and Broome, Orange and Rockland counties. That plan was developed in consultation with national public health experts including Dr. Noam Ross of EcoHealth Alliance, Dr. Michael Osterholm of the University of Minnesota and former CDC Director Dr. Tom Frieden.

And on Sunday, Cuomo announced the State Department of Health has released a draft COVID-19 Vaccination Administration Program that serves as an initial framework for ensuring the safe and effective distribution of a COVID-19 vaccine in New York.

The draft program was developed in consultation with leading clinical and public health experts, and requires collaboration and partnership with local departments of health, community partners and organizations, and the federal government.

Given the many unknowns at this point in the vaccine development process, the draft New York State COVID-19 Vaccination Administration Program is designed to be flexible and account for multiple variables and scenarios regarding vaccine availability, timeline for vaccine approval, delineation of federal and state responsibilities, funding, supply chain needs, and allocation requirements.