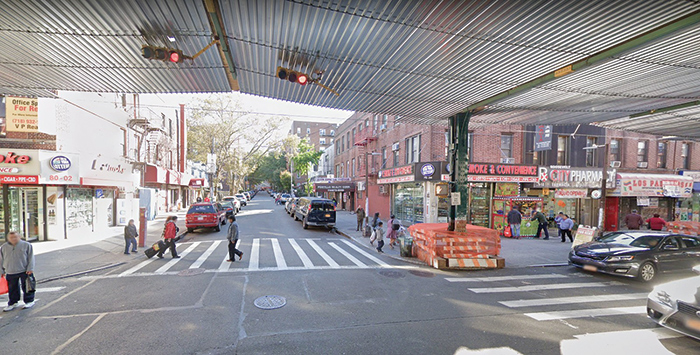 A 34-year-old man has pleaded guilty in the September 2018 stabbing death of a Long Island man who was patronizing a food cart in Jackson Heights when he was attacked, Queens District Attorney Melinda Katz announced Tuesday.

John Daves, whose address is unknown, has pleaded guilty to first-degree manslaughter. He is scheduled to be sentenced on Feb. 3. The Hon. Kenneth Holder indicated that he will sentence Daves to 17 years in prison, to be followed by five years’ post-release supervision.

Shortly after 9:30 p.m. on Sept. 27, 2018, at the intersection of 80th Street and Roosevelt Avenue, Daves and the victim, Miguel Angel Becerra-Perez, were both waiting at a food cart to place their orders. The two men exchanged words and a verbal argument ensued. Daves then grabbed a knife from the food cart; video surveillance of the scene shows him chase the 25-year-old victim down the street, catch up to him and then stab Becerra-Perez in the right arm and chest. The victim died as a result of the attack.

“A minor dispute while ordering at a food cart escalated into a man being chased down and brutally stabbed to death,” Katz added. “This was a needless act of violence that should never have happened.”