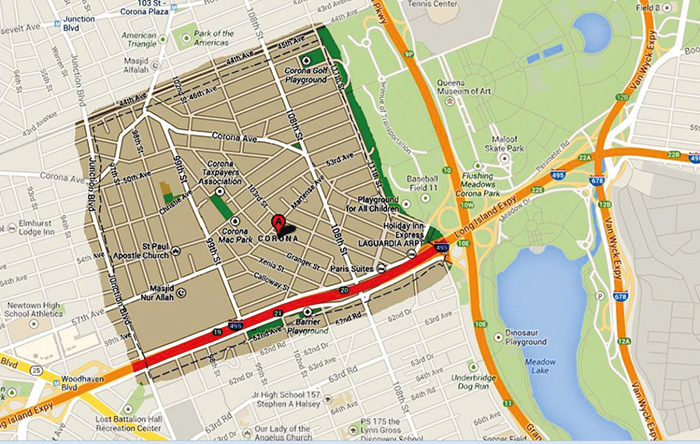 Working in the family’s Corona home, Luz Tejeda developed a friendly relationship with the elderly victim.

mother out of more than $500,000. The couple is accused of switching bank accounts to have the victim’s monthly

annuities deposited into their personal account between November 2016 through September 2020.

Mary Bejarano on a complaint charging him with grand larceny in the second degree, criminal possession of

stolen property in the second degree and endangering the welfare of an incompetent person.

Criminal Court Judge Bejarano on a complaint charging her with grand larceny in the second degree, criminal

defendants’ return date is February 5, 2021. If convicted, they both face up to 15 years in prison.

the elderly mother. The senior – who does not speak or read English – trusted the worker and her husband and

signed documents giving the Tejedas shared guardianship of her daughter.

Continuing, according to the charges, in the fall of 2016 the defendants allegedly reached out to the

financial services company disbursing the monthly annuity and requested the deposits be diverted to their personal bank account. In June 2019, the defendants also submitted a letter supposedly written by the incapacitated victim

to change her physical address to their own Manhattan home.

In addition to the re-direction of annuity payments in excess of $500,000 to their own personal accounts,

according to the charges, defendant Luz Tejeda allegedly completed an application with Settlement Resources of

New York, Ltd to borrow more than $145,000 against the victim’s future annuity payments and further received

loan advances totaling $9,400 that were deposited into the defendant’s personal accounts.

financial institution filing bankruptcy. The scheme was discovered when a new, kind and compassionate health