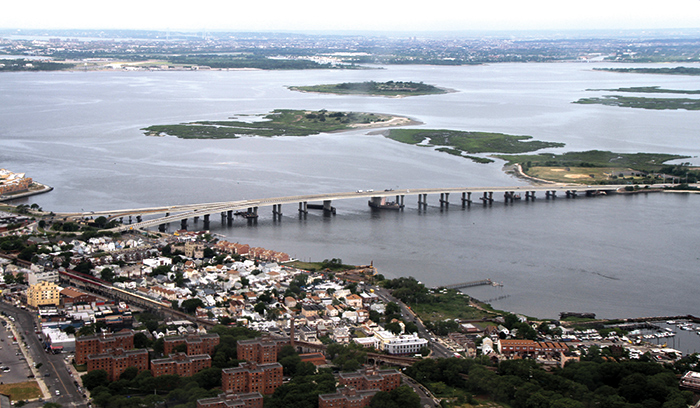 The pols’ two-part bill would end the sunset clause on the original bill to protect the bay, so it would be permanent law in New York State instead of being voted on every two years.

According to Addabbo and Pheffer Amato, the two-part bill would end the sunset clause on the original bill to protect the bay, so it would be permanent law in New York State instead of being voted on every two years. It also seeks to change the criteria for filling the Jamaica Bay borrow pits to comply with federal Ocean Dumping Act criteria.

“Even though the governor vetoed this bill again, I intend on re-introducing it next year and then continuing to negotiate with the state agencies,” Addabbo said. “After seeing the incredible improvement of the water quality of Jamaica Bay — with advocates saying the bay is the healthiest it has been in decades — and with the reemergence of marine wildlife to the area, Assemblywoman Pheffer Amato and I believe that the sunset clause on this bill should be removed and it should be made permanent. With such a positive impact on Jamaica Bay, we also want to make the waters even cleaner by further improving the quality of dredging materials.”

“The battle is not yet over!” Assemblywoman Stacey Pheffer Amato said. “While I am disappointed that Governor Cuomo has vetoed this crucial legislation for the protection of Jamaica Bay, I’m looking forward to the restart of the legislative session so we can reintroduce this bill, and work with Senator Addabbo and the governor’s office to finally get this through the finish line. I also want to thank all of the advocates that have tirelessly worked on behalf of Jamaica Bay, and let them know that our work is just beginning.”

Area community advocates, including the Jamaica Bay Ecowatchers, have praised the bill and how much it has improved the bay. Animals such as seals and even whales have been spotted off the shores.

“The Jamaica Bay Ecowatchers will continue to fight to protect Jamaica Bay from contaminated dredge material. Governor Cuomo needs to reverse his ill-advised position on this bill and lead the way to protect our only urban national park,” said Dan Mundy, Jr., president of the Jamaica Bay Ecowatchers. “We commend Senator Addabbo and Assemblywoman Amato for their tireless efforts in protecting Jamaica Bay and we look forward to working with them to re-introduce this legislation again this year and to finally see it become law which will protect this amazing natural resource for generations to come.”

“Although the bill was vetoed for a second time, I am confident that we will be able to negotiate with the Governor and get this bill passed,” Addabbo added. “I look forward to the upcoming session and the future discussions on ways to protect Jamaica Bay.”