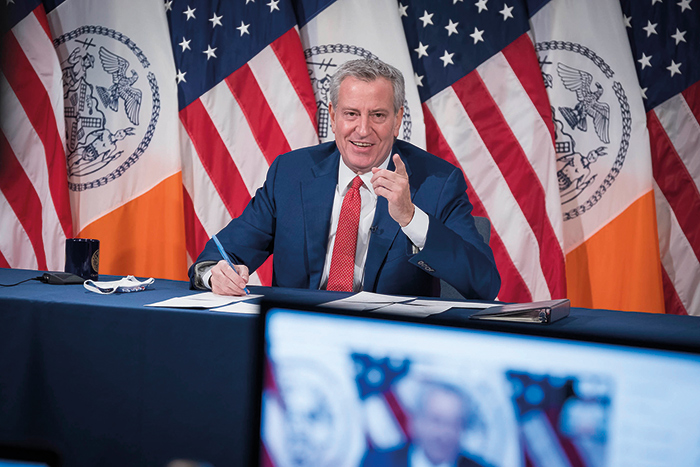 Photo Courtesy of Ed Reed/Mayoral Photography Office
“Margaret Forgione has the experience and vision to build on the agency’s extraordinary reimagining of public space throughout our fight against COVID-19,” Mayor de Blasio said.

Forgione, a 26-year DOT veteran and the department’s current Chief Operations Officer, will assume the role when Commissioner Polly Trottenberg leaves her position on Friday, Dec. 11.

According to the administration, Forgione has served at DOT in senior roles since 1994, most recently as COO, a position she has held since June 2016. Prior to that, Forgione had served as DOT’s Manhattan borough commissioner. She has also led DOT’s Arterial Maintenance Unit, directed the Adopt-A-Highway program, and served as a special assistant to the First Deputy Commissioner.

Forgione began her work in NYC government as a senior analyst in the Mayor’s Office of Operations.

As COO, Forgione oversaw the agency’s operational divisions, totaling roughly 5,000 employees, including within the Staten Island Ferry, Bridges, Roadway Repair and Maintenance, Sidewalks and Inspection Management, Traffic Operations, Transportation Planning and Management, the Office of Construction Mitigation and Coordination and five Borough Commissioner offices. As Manhattan Borough Commissioner 2002-2016, she oversaw the pedestrianization of Times Square, the creation of the City’s first on-street protected bike lane (along Ninth Avenue) and the rollout of Citi Bike, the nation’s largest bike share program. 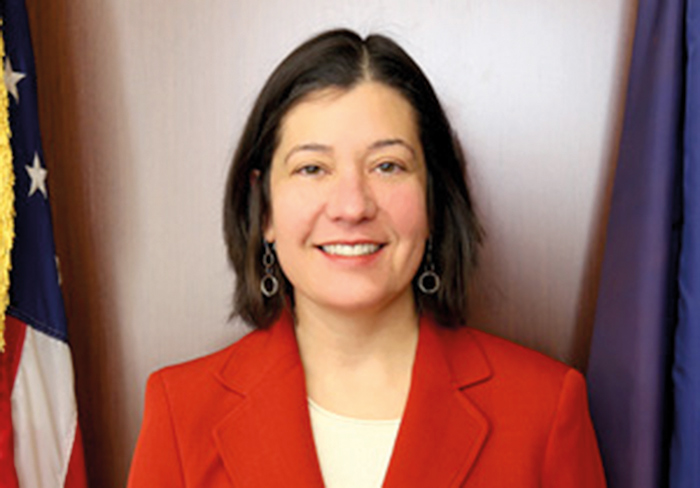 “Margaret Forgione has the experience and vision to build on the agency’s extraordinary reimagining of public space throughout our fight against COVID-19,” de Blasio said. “I look forward to working with her on Vision Zero street safety, accessibility, and the continued expansion of cycling and bus access.”

Forgione was raised in Stamford, Conn. She holds a Bachelor of Science from the University of Connecticut and a Master of Public Policy and Administration from Columbia University.

“I thank Mayor de Blasio for this opportunity to lead DOT in these challenging times,” Forgione added. “Commissioner Trottenberg made historic strides in improving safety and mobility throughout her tenure and then guided us through the pandemic, safeguarding our workforce while transforming our streets to meet critical space needs. I look forward to continuing and building on this essential work to create a safe and livable street network to support the city in enduring through the pandemic and thriving beyond it.”