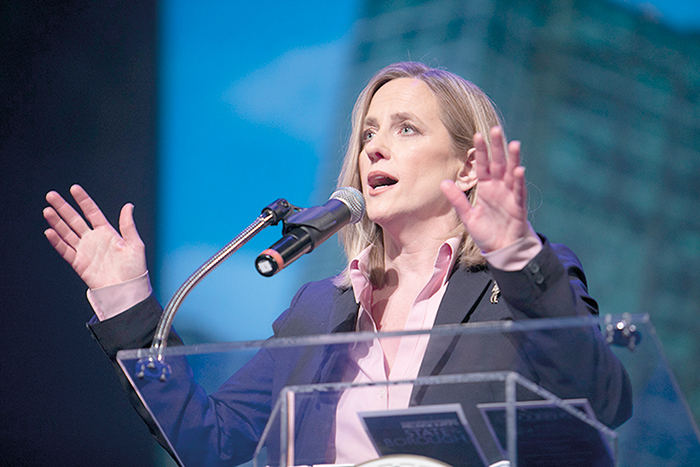 Citing decades-old evidence of improper discrimination based on race, sex, religion, and ethnicity in jury selection, Queens District Attorney Melinda Katz announced Thursday that she has filed a joint motion with defense counsel at the law firm Covington & Burling, LLP, to vacate the convictions of Santiago Valdez and Paul Morant, who were convicted in 1996 and remain incarcerated.

Upon reversal of their convictions, Katz is requesting the defendants be remanded to pretrial detention and re-prosecuted.

The motion is based on documents found in the Queens DA’s Office’s files indicating that a single ADA improperly excluded certain minorities and women from jury service, in violation of the U.S. Supreme Court’s ruling in Batson v. Kentucky.

When selecting jurors in criminal trials, both the prosecution and defense are afforded a limited number of “peremptory strikes,” which allow an attorney discretion to remove potential jurors from the jury pool. However, the rights of the potential jurors and a criminal defendant under the Equal Protection Clause of the U.S. Constitution are violated where the use of peremptory strikes is motivated by race, sex, religion, or ethnicity.

According to Katz, earlier this year, the Queens DA’s Office’s Conviction Integrity Unit was made aware of a set of notes utilized by a single former ADA when exercising peremptory strikes which contained discriminatory guidance, including: a preference for white jurors; advice to exclude black jurors from certain neighborhoods; advice to exclude Jews, Hispanics, and Italians from jury service; and advice to exclude mothers and grandmothers.

Photocopied versions of these notes were found, in response to a Freedom of Information request, in the case files of both defendants. Other notations in the files of the two defendants showed that the ADA was actively referring to the discriminatory notes when exercising peremptory strikes.

Accordingly, Katz indicated that she “has made the difficult decision” to consent to reversing, and to return to a trial posture, the following convictions:

Degree and one count of Criminal Possession of a Weapon in the Third Degree. On Nov. 18, 1996, he was sentenced to two consecutive indeterminate prison terms of twenty years to life on the murder convictions, and a concurrent indeterminate term of two and one-third to seven years on the weapon-possession conviction. These convictions related to the murder of Danny Velez and Arley Zapata, who were patrons of a nightclub. The trial evidence showed defendant fired a handgun into the closed door of a nightclub, resulting in the deaths of Velez and Zapata.

On July 24, 1996, Morant was sentenced, as a persistent violent felony offender, to concurrent indeterminate prison terms of from 25 years to life on each count for which he was convicted. These convictions related to an altercation in which the trial evidence showed Morant struggled with NYPD Officer Keith Schweers during a stop, pulled a gun and shot Schweers twice in the chest. Schweers was saved by his bullet-proof vest.