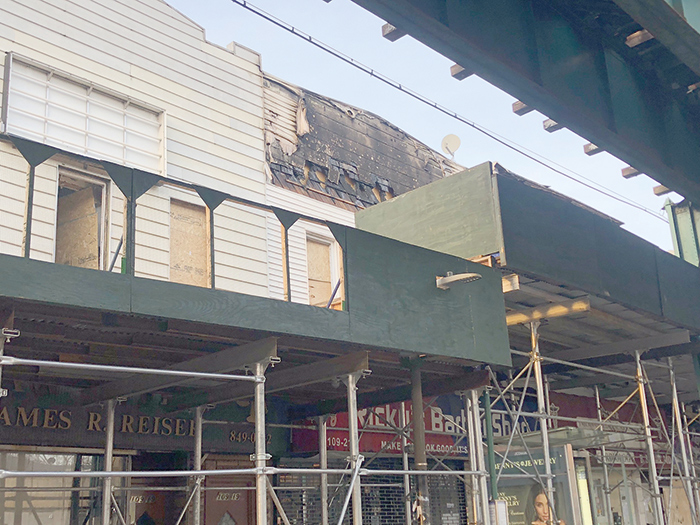 The six-alarm blaze, which saw more than 200 Bravest battle it, destroyed homes and commercial property along Jamaica Avenue between 109th and 110th streets.

“These businesses are going to be displaced. The entire row right now is inhabitable,” FDNY Battalion Chief Jim Carney said. 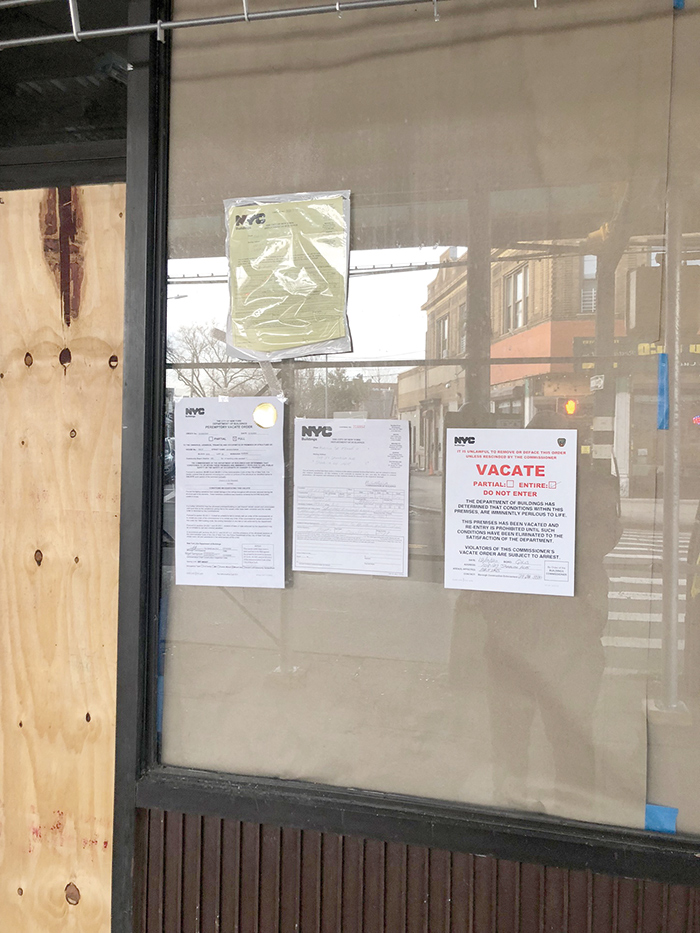 Indeed, several City Department of Buildings vacate orders were plastered on storefront glass and plywood erected in place of fire-ravaged doors along the now eerily quiet stretch of the Richmond Hill thoroughfare.

According to City Fire Department fire marshals, the cause of the inferno “was an unattended candle. Smoke alarm not present.”

Throughout the holiday season, the FDNY officials have detailed about the dangers of open flames and defective alarms.

“NEVER leave burning candles unattended. Always extinguish candles before leaving a room or going to sleep, and place them at least four-feet away from all combustibles. Prevent fires by using flameless alternatives instead”; “Working alarms are the most critical component of your escape plan; have both a smoke and CO alarm, or a combination smoke/CO alarm, where you sleep and on every level of your home, including basements,” the department has posted several times across its social media platforms.

For information on how to help the fire victims see our story on page 10.