On Friday, the Umbrella Hotel on 82nd Avenue near Queens Boulevard hosted the city’s first homicide of 2021.

The Kew Gardens inn was the site of the city’s first homicide of 2021. Robert Williams, 20, was murdered as part of a triple-shooting at the hotel in the early morning hours of New Year’s Day.

Friday’s deadly melee is just the latest in a long line of serious trouble for the hotel located just across Queens Boulevard from Queens Borough Hall and the criminal courts building. 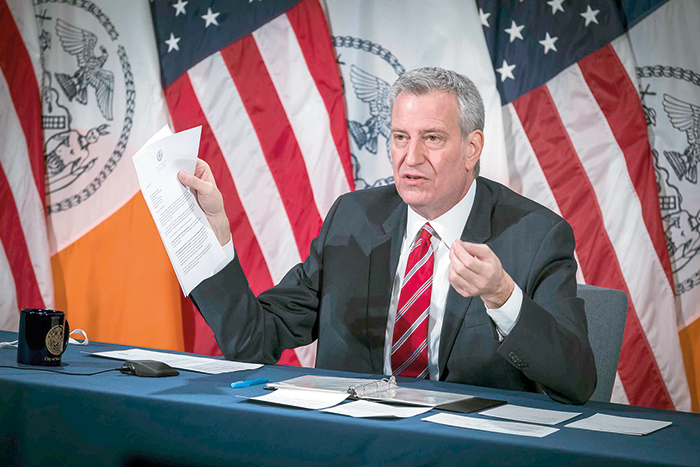 “I do want that hotel closed. I’ve instructed my team. I saw the very, very painful report a few days ago. I instructed my team to move to close that hotel immediately. We’re checking obviously all of our legal powers here to make sure that what we do is legal and appropriate, but I want it closed. I think it’s been a blight on the community and it should not be that going forward. So we’re going to use all the power of the city government to get that closed and stop having the community suffer from what’s happened at that hotel,” de Blasio said on Monday.

“Today’s fatal shooting at the Umbrella Hotel near Queens Borough Hall was a sad and troubling way to start the New Year,” added Queens Borough President Donovan Richards. “Whoever is responsible for this heinous crime must swiftly be brought to justice. It is also time for the Umbrella Hotel, which has already been cited for numerous public safety violations, to be shut down. This hotel is a public nuisance that has no place in Kew Gardens or anywhere in our borough or city. The hotel’s guests and residents of the surrounding community should not be subjected to its dangerous conditions.”