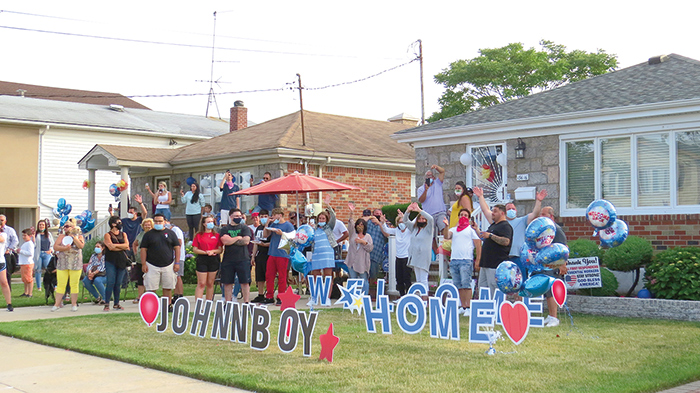 As we do on the first Thursday of every year, The Forum will take this opportunity to reflect on the top stories of the past 12 monthswhich have “been unlike any other in the modern times of Queens,” as District Attorney Melinda Katz put it in her End of Year Message.

While the COVID-19 pandemic dominated the headlines in 2020 (with no sign of slowing up), not all of them were negative. The Forum highlighted the work of Howard Beach residents like Nick “the Balloonatic” Rotondo and the Connolly sisters, who through their talents sought to uplift their beloved community.

In April, Rotondo crafted a large set of balloon rosary beads and displayed them for all to see on his lawn.

“I said: This is for my neighborhood, to come by and say a quick prayer,” the Balloonatic told The Forum.

That gesture turned into a worldwide phenomenon. Rotondo estimates that the rosary picture has been tagged and shared hundreds of times across all social media platforms.

And who can forget the Balloonatic’s inimitable “Kiss my Eggs Coronavirus” creation, which brought more smiles and cameras to his lawn.

Also in April, Rachel, Joanna, and Shannon Connolly—that talented Howard Beach trio with virtuosic voices–volunteered vocals in a livestream event on Facebook for Our Lady of Grace Church that garnered thousands of dollars in donations and was shared all over the world. “The Connolly Sisters in Quarantine” was viewed by former OLG parishioners now living in Ireland, London, Florida, California, Arizona, and Hawaii, to name a few of the far flung locales that tuned in to hear the siblings sing. 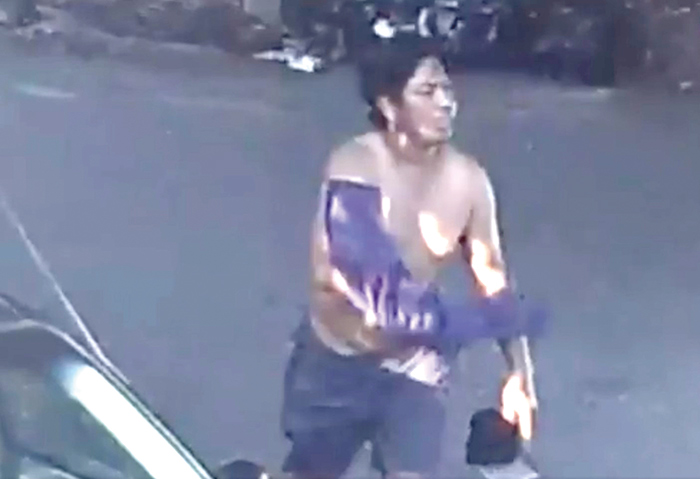 File Photo
Cuauhtemoc Cardenas is indicted in October on first-degree rape and other offenses for allegedly attacking a woman this summer in Forest Park.

Asked how the idea came together, the girls pointed to their parents, Gerard, who had been working 12-hour shifts as a hospital administrator at Brookdale Hospital Medical Center in Brooklyn since the COVID-19 outbreak, and Joanne, a pair that have been the sisters’ musical inspirations for years.

“We’ve always had music in our lives—we were singing before we could talk,” Joanna said. “Once my dad, who’s a very talented musician, heard the suggestion, he was like, ‘You’ve gotta do this!’”

For perhaps the most inspiring local pandemic story, The Forum turned to the “Miracle of Manhasset.”

That’s the moniker that Howard Beach resident John “Johhny Boy” DiLorenzo earned from Long Island hospital staff as he slowly fought his way back from the brink of death, eventually conquering COVID.

He spent no less than 59 harrowing days in the hospital, only to be transferred to an inpatient rehab facility that he was forced to call home for another 21 days.

“The only thing I remember is my wife dropping me off at Syosset Hospital emergency room,” Johnny Boy told The Forum in June. “I didn’t know it was [COVID-19] until I woke up in Manhasset with all these tubes running in and out of me.”

Unsurprisingly, crime played a significant role in the story of Queens 2020. Some of the most harrowing incidents occurred in Forest Park.

According to an indictment, before sunset on Saturday, July 25, Cuauhtemoc Cardenas, 32, approached a woman as she walked on a trail inside Forest Park. He tapped her on the shoulder, and when she turned toward him Cardenas allegedly hit her in the face and tried to kiss her. The sudden blow knocked the woman, 51, to the ground. Cardenas then allegedly dragged the victim into the bushes, pulled down her pants and sexually assaulted her. As the victim fought back, Cardenas allegedly wrapped a cloth around her neck that restricted her breathing. The victim was able to scream for help, which alerted a passerby. Cardenas then ran away from the area. The victim was treated at a nearby hospital for her injuries. Cardenas was apprehended two days later after surveillance photos of him were circulated in the press.

“What should have been an idyllic stroll through the park turned into a maelstrom of violence for the victim in this case, who courageously fought off her attacker,” DA Katz said.

In November, a Richmond Hill man was charged with allegedly grabbing and pulling on the clothing of two women and a teenager in a three-hour span in Forest Park.