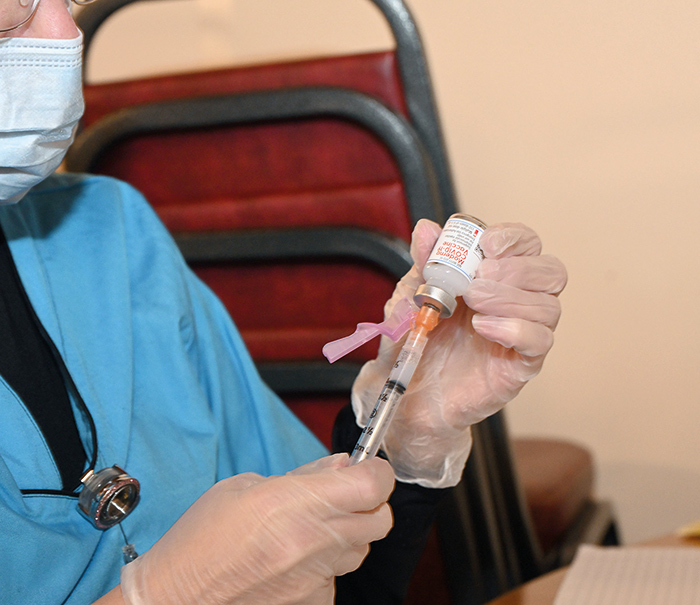 COVID-19 vaccine allocations for the states are set to increase by about 16 percent starting next week.

President Joe Biden on Tuesday announced that COVID-19 vaccine allocations for the states would increase by about 16 percent starting next week—music to Gov. Andrew Cuomo’s ears.

“It’s great, great news. From a governor’s point of view, I say amen, Wolf. We’ve been dealing with COVID for, it seems, like a lifetime. The federal government never really accepted responsibility. President Trump’s whole point was leave it to the states, it’s up to the states,” Cuomo told CNN’s Wolf Blitzer on Tuesday.

“Now you have a new federal government and a totally different approach,” Cuomo continued. “They came in after 6 days they said we want to partner and you have a competent, professional federal government that tells the truth. Look at what President Biden said. Literally he said to solve this problem we need the vaccine, that’s the weapon that wins the war, we understand that. And he’s going to order it.

“In other words, they hadn’t even ordered enough vaccine, Wolf. You have 300 million people, it require two dosages, you needed 600 million and President Biden said ‘I’m going to order the 600 million because there was only 400 million ordered and the end will be toward the end of the summer when we can do the 300 million vaccinations or as close as we can get with herd immunity.’

“That’s the truth and that’s competence and that’s taking responsibility. Short term, because you have this week-to-week chaos that’s been going on with the federal government, where they said everybody was eligible but there’s no supply. You have this almost public panic. Now, the states will know what they’re getting every week for the next three weeks and we’re getting about 16-17 percent more.

At least now, we can do a schedule for three weeks and we can schedule appointments and start to run on an efficient basis rather than what’s been going on.”

Earlier on Tuesday, Cuomo noted that New York’s health care distribution sites have received 1,304,050 first doses and already administered 93 percent or 1,210,339 first dose vaccinations and 74 percent of first and second doses. Delivery of the Week 7 allocation from the federal government will not begin arriving until the middle of this week, the governor said.

“We know the vaccine is the weapon that ends the war. That’s why New York has built a vast infrastructure of providers and pop-up sites to get shots in arms quickly and fairly on a massive scale. The only problem – we don’t have nearly enough supply,” Cuomo said. “This isn’t just a New York problem, it’s happening across the country. The previous administration opened up the floodgates of eligibility and instead of increasing supply, they actually decreased it. We have the demand and the infrastructure in place to easily administer over 100,000 vaccinations per day, but our hands are tied – we need more supply!”