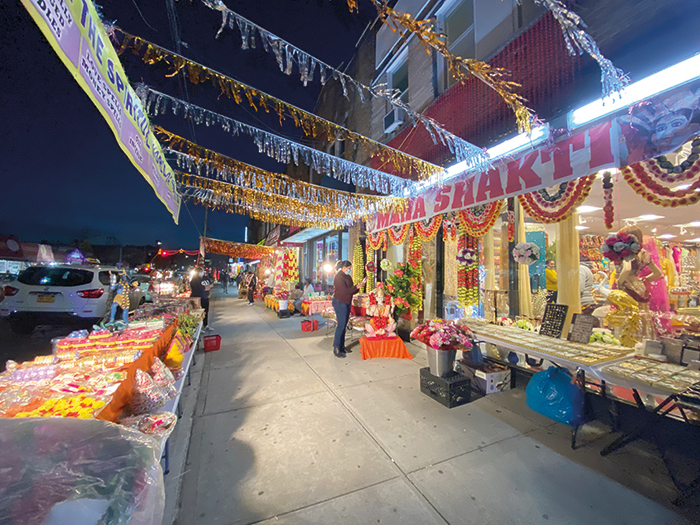 QEDC Program Manager Sam Smouha facilitated stakeholder meetings and gathered more than 620 surveys from storeowners, shoppers, workers, property owners, and residents between August 2019 and March 2020. The data was then compiled into this report, which provides insight on the local retail landscape and consumer characteristics.

Demographically, Richmond Hill is home to tight-knit immigrant communities, such as the

Punjabi Sikh and Indo-Caribbean populations. A stretch of Liberty Avenue is known as “Little

Guyana” and 101st Avenue between 111th and 123rd streets is co-named “Punjab Way.” Thus, multiple Hindu, Muslim, Sikh, and Christian houses of worship are within blocks of each other.

The commercial corridors have plenty of culturally relevant vendors (tropical bakeries, roti shops, and open-air markets) along with a mix of new and long-standing occupants with few long-time vacancies. The streets are pedestrian-friendly with public transportation options (i.e. the A Train) and proximity to major roadways such as the Van Wyck Expressway and Cross Bay Boulevard. Plus, nonprofit cultural organizations and religious institutions organize high profile public events that attract tourists from around the world.

However, Smouha found what he characterized as unacceptable levels of garbage on the sidewalk and overflowing litter baskets. In addition, the dark and shadowy street conditions below the elevated A line make the environment less welcoming to pedestrians, he said. Other challenges include online retail, proximity to Queens Center mall, and the lack of a formal merchant organization to address issues.

Some of the report’s recommended interventions include: