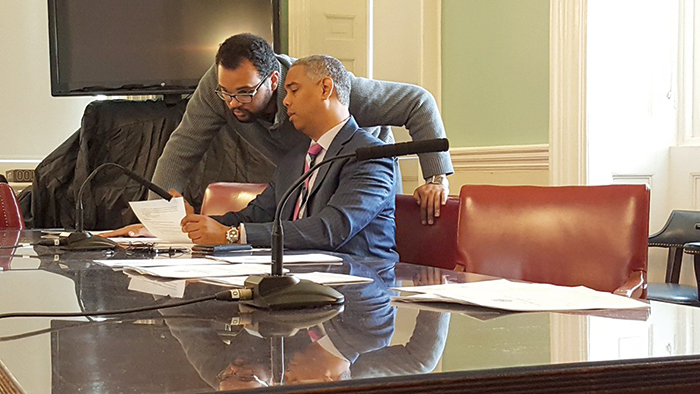 Former borough Councilman Ruben Wills, who was found guilty in 2017 of pocketing thousands of dollars in public campaign funds and charitable grant money for personal benefit and served more than two years in prison as a result, has had that conviction overturned by a State court of appeals, according to published reports.

Then-NY Attorney General Eric Schneiderman said Wills allegedly stole thousands of dollars from the city Campaign Finance Board and the state Office of Children and Family Services. He was convicted of grand larceny, scheme to defraud, and falsifying business records.

According to Schneiderman, Wills allegedly worked with a relative, Jelani Mills, who was also arrested in the scandal, to funnel $11,500 of the $139,000 he landed in matching campaign funds from the city Campaign Finance Board in 2009 to a nonprofit he founded, New York 4 Life – which was set up to aid single parents and fight childhood obesity, among other initiatives. Wills then allegedly used those thousands of dollars for various personal purchases – including a $750 Louis Vitton handbag from Macy’s, according to the former attorney general.

Additionally, Wills had also been charged with misusing a portion of $33,000 in state funds provided to New York 4 Life via a grant earmarked by former State Sen. Shirley Huntley while Wills was serving as her chief of staff, Schneiderman said. To obtain that money the nonprofit signed a contract with OCFS, promising to conduct four public service projects. Instead, New York 4 Life allegedly conducted just one program that cost approximately $14,000, and Wills allegedly pocketed the remaining $19,000, according to court documents.

According to court filings, Wills also allegedly made large cash withdrawals from the New York 4 Life account and used grant funds to issue checks to individuals who did little or no work related to the nonprofit, the court filings said. The councilman then allegedly concealed the theft, Schneiderman said four years ago.

However, the appellate judges ruled that the trial’s presiding judge barred certain witnesses from testifying in Wills defense, noting that Wills had been “deprived of his ‘right to present evidence by witnesses of his own choosing which is a fundamental ingredient of due process,’” according to the Queens Daily Eagle.

Gothamist/WNYC reported has reported that current NY AG Tish James has indicated that her prosecutors have not yet decided whether they should retry Wills.

Wills’s lawyer, Kevin O’Donnell, said his client had served his sentence and it wouldn’t be wise to spend public funds on an expensive second trial, according to Gothamist/WNYC.

What is also under consideration is Wills’s political future.

“I think that my purpose, the reason I went through this is to make sure this is highlighted. I don’t represent Ruben Wills,” Wills told Gothamist/WNYC. “I represent two or three hundred thousand young men that look like me, that have gone through these doors of the halls of injustice every single day for the past I don’t know how many years.”