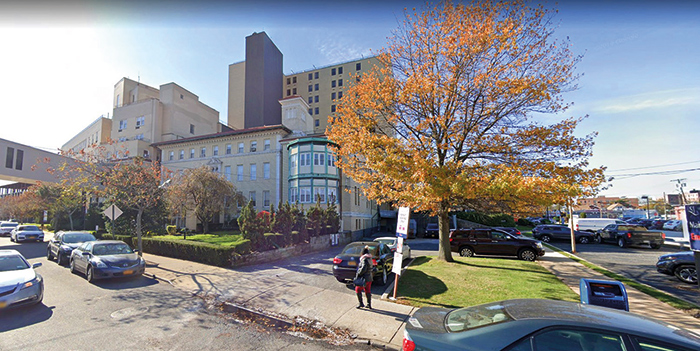 Roughly a day after news spread that the State Department of Health was looking into turning St. John’s Episcopal Hospital into a 15-bed “micro-hospital,” the agency pumped the brakes on the alleged proposal.

“The Department of Health has been working with the management of St. John’s Episcopal for several years in an effort to achieve improved health outcomes and access in the Far Rockaways. Contrary to published reports, the Department has not recommended nor decided on any of the recent proposals developed that would make changes at St. John’s Episcopal, and thinks it would be premature to do so without further analysis and stakeholder engagement,” DOH said in a statement released Thursday. “The State’s operating support for St. John’s Episcopal has increased by 50 percent since 2019 and totaled approximately $60 million last year. Gov. Cuomo’s Executive Budget will provide at least this level of financial support for St. John’s Episcopal in the upcoming fiscal year so that additional options to provide a sustainable and higher quality healthcare delivery system in the Far Rockaways can be fully explored and shared with the community.

“St. John’s Episcopal has played a critical role in the State’s response to the COVID-19 public health crisis. The Department of Health is committed to working closely with the management and board of St. John’s Episcopal, the community served, our partners in labor, and elected officials in identifying a modernized and sustainable strategy for delivering high-quality healthcare in the Far Rockaways.”

Community leaders and elected officials, who reacted in horror at last Wednesday afternoon’s news and ultimately helped the people of the Rockaways emerge victorious on Thursday, were elated at DOH’s seeming about-face and pledge to—at least temporarily—keep its hands off the 257-bed hospital.

“This stay of action gives us the time to further prove to the Department of Health how serious the leaders and community members of the Rockaway Peninsula are about keeping St. John’s Episcopal Hospital a full-service healthcare facility,” said City Council candidate Joann Ariola.

“St John’s Episcopal Hospital, their staff, and their mission make them a vital healthcare asset and community partner in the Rockaways. It doesn’t surprise me that in less than 24 hours after hearing these proposals, our entire community, 1199 SEIU, the hospital administration, and elected officials came together to squash them,” said Assemblywoman Stacey Pheffer Amato (D-Howard Beach). “This community will never forget the incredible work that SJEH performed during the height of the COVID-19 pandemic, and continues to this day. Our advocacy has led the state to acknowledge how crucial SJEH is to our community, and they are committed to providing support to the hospital that will put them on a path to financial sustainability. I want to thank my partners in government for joining together, and Governor Cuomo and Health Commissioner Dr. Howard Zucker for hearing us and supporting the needs of our community.”