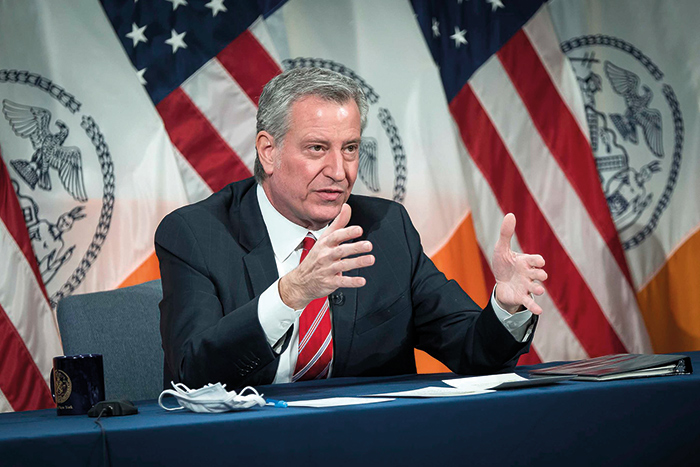 Mayor Bill de Blasio on Tuesday announced a set of new citywide zoning actions to bring more grocery stores to local communities, improve accessibility, and support a range of small businesses across the city. These changes will each start public review this spring and remain on track to be adopted by the end of this year, Hizzoner noted.

In partnership with the City Council, the Department of City Planning will seek to expand the existing Food Retail Expansion to Support Health (FRESH) program, which offers zoning incentives and financial benefits to encourage the creation of convenient, accessible stores that provide fresh fruit, meats and vegetables, and other perishable goods in addition to a full range of grocery products.

The new FRESH proposal aims to bring the program to 11 more community districts – in addition to 19 districts currently in the program – including:

In collaboration with the MTA, City Council, and advocates, the City will expand and improve zoning rules that allow the MTA to leverage private development to add elevators or other station access to New York City Transit, Staten Island Railway, Long Island Rail Road, and Metro-North stations in the city. For example, less than 30 percent of the 493 NYCT subway and SIR stations in New York City are wheelchair accessible.

The proposal would require property owners of developments near stations to proactively work with the MTA to provide station access easements. The proposal will also expand zoning incentives for developments in high-density districts to construct station improvements that advance accessibility.

Every elevator and accessible entrance and platform is an invaluable improvement for individuals with physical disabilities, parents with young children who use strollers, seniors, and indeed all New Yorkers and visitors to the city.

Based on outmoded zoning regulations that date to the 1970s, exercise gyms, licensed massage therapy, martial arts studios, and spas, among other health-related businesses, are required to obtain special permission from the City’s Board of Standards and Appeals to open. The process for obtaining a permit is extremely costly, often adding six months and at least $50,000 in additional startup costs to open a gym. This creates a high barrier for small and independent businesses and is likely to slow the economic recovery of a sector that has been significantly impacted by the pandemic.

New York City’s Open Restaurants program, which has more than 11,000 participants across the five boroughs, has re-energized the city streetscape and saved an estimated 100,000 jobs, according to the administration. The City will secure the future of outdoor dining by reviewing and removing zoning limitations that may hinder efforts to make the program permanent.