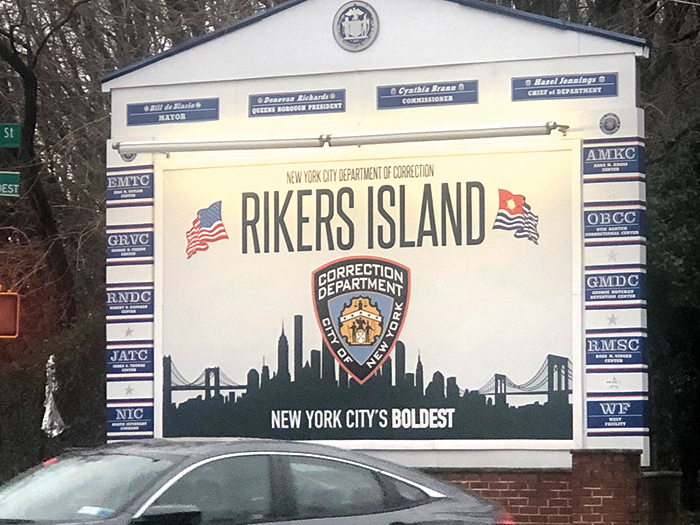 “[W]e are spending more and more money to incarcerate fewer and fewer people and reducing the safety of both officers and people in custody in the process,” Comptroller Stringer said.

New York City spent an average of $447,337 per every incarcerated individual in FY 2020—a 30-percent increase over the previous year—even as rates of fight and assault infractions in City jails rose by 27 percent, according to an analysis recently released by City Comptroller Scott Stringer.

This year’s watch list report on the City Department of Correction highlighted the following data:

In FY 2020, the City spent an additional $230,294 in non-DOC costs for each person in custody, including expenses for employee fringe benefits and pensions and health care services provided by other agencies, bringing the full annual cost of incarceration to $447,337 per person.

Violent Incidents and Use of Force

Violence in City jails rose in FY 2019 and again in FY 2020. From FY 2019 to FY 2020, the rate of fight and assault infractions rose by 27 percent and the rate of violent incidents among the jail population rose by 16 percent. Assaults on staff have also increased with the rate rising 26 percent in FY 2020.

The rate of incidents and allegations of use of force has also grown sharply, nearly doubling from FY 2018 to FY 2020.

“The cost to incarcerate a single individual on Rikers has exploded even as our jail population remains near historic lows – yet rates of violence continue to climb. That means we are spending more and more money to incarcerate fewer and fewer people and reducing the safety of both officers and people in custody in the process. We must reimagine our criminal legal system, dramatically reduce the pretrial population, and invest our taxpayer dollars in the resources and programs—from housing to health care—that prevent incarceration in the first place,” Stringer said.