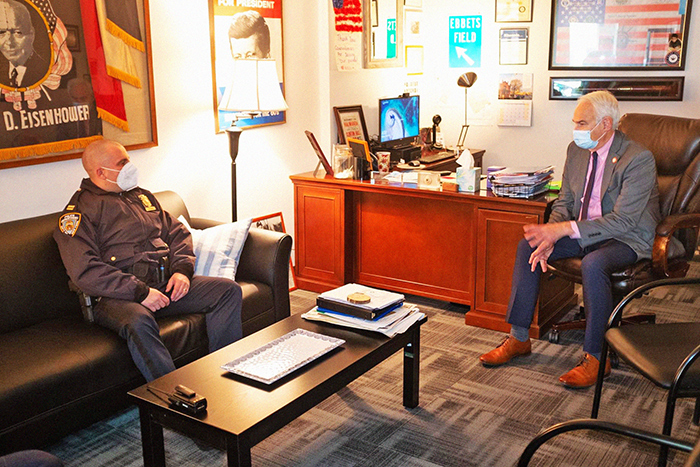 After meetings with NYPD officials, a foot patrol has been assigned to Jamaica Avenue in Woodhaven, Councilman Holden said.

Following recent meetings with NYPD Queens South brass and the commanding officer of the 102nd Precinct, City Councilman Bob Holden (D-Middle Village) announced Sunday that a foot patrol has been assigned to Jamaica Avenue in Woodhaven.

Holden said that in his Saturday meeting with Fidicaro and 102nd Precinct Community Affairs Officer Edwin Martinez he talked about tackling reckless driving and other motor vehicle-related problems along the thoroughfare. By Monday, area cops had set up a checkpoint at Jamaica Avenue and Forest Parkway. 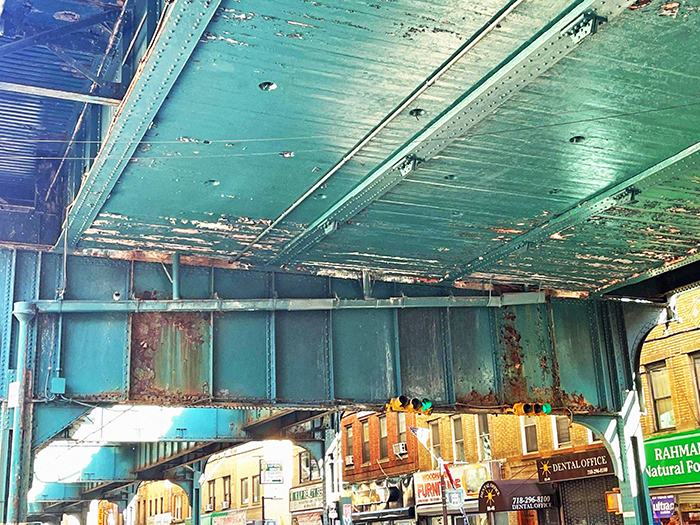 Photo Courtesy of Copuncilman Holden’s Office
And after a recent walking tour of the thoroughfare, Holden reported a train-trestle rusting issue to the MTA. The agency indicated that the situation would be remedied immediately.

In his confab with Beltran, who took over for long-time Queens South Commander David Barrere in January 2020, Holden said they discussed how they could improve the quality of life of constituents and business owners along Jamaica Avenue.

“I look forward to seeing some results soon,” Holden said.

“They informed me that they will fix it immediately,” Holden said.