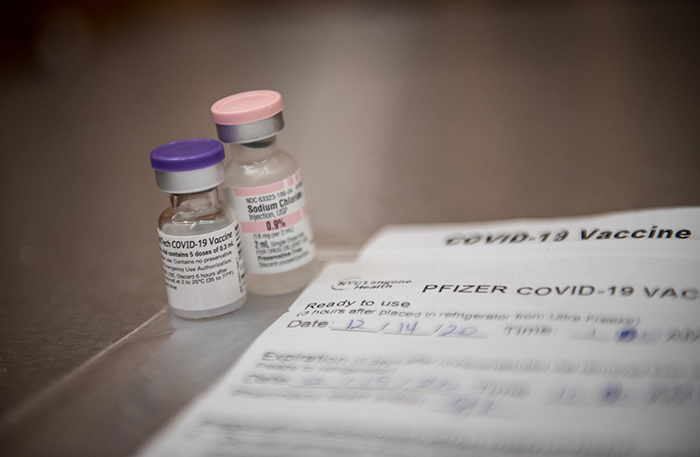 “We must now deliver a surge in trust the same way we delivered one for vaccines, and we can do it with a billion dollar blitz by the CDC,” Sen. Schumer said.

Senate Majority Leader Chuck Schumer on Sunday called on the Centers for Disease Control to deploy a $1 billion dollar blitz to educate, conduct outreach and build more confidence in the effective COVID-19 vaccines. Schumer said a national blitz, where New York gets a sizable allocation of fed dollars to help overcome vaccine hesitancy, will help speed our larger recovery. Schumer said this kind of effort, right now, is even more important with the rise in COVID variants, like the Brazil variant just documented in Brooklyn. Schumer also says the funds he wants directed at this CDC effort are already in the coffers of the agency, thanks to the recent passage of the American Recovery Plan.

Schumer said the vaccine supercharge he announced this past Friday, which includes 1.65 million vaccines a week to New York by the end of April, won’t maximize public immunity if swaths of people refuse to actually get a vaccine. Schumer said he wants federal CDC dollars for this blitz to go towards boots-on-the-ground here in New York, door-knocking, the use of technology, multi-lingual strategies and even town halls. Schumer said our next job is to educate more New Yorkers about the vaccine, suppress misinformation and build trust. He said that this next big challenge—of vaccine hesitancy—can be overcome with a billion dollar blitz that ensures facts reign.

“We must now deliver a surge in trust the same way we delivered one for vaccines, and we can do it with a billion dollar blitz by the CDC,” New York’s senior senator added.

Schumer said the number of New Yorkers and people across the country who are willing to get a vaccine has increased as more people receive it, and hear about it. A recent poll from the Kaiser Family Foundation “found that 55 percent of adults have already gotten their first dose or are planning to as soon as it becomes available, whereas in December just 37 percent said the same.”

The same poll said that the portion of people who are unsure about getting the vaccine—what the Foundation calls the “wait and see” group—has shrunk. Schumer and other experts say this is a promising sign that suggests confidence in the vaccine is increasing as the public sees neighbors, family members and professional peers receive a COVID vaccine without dangerous or limiting health effects. Schumer praised President Joe Biden’s work that has led to these improvements, and said that in order to advance these positive facts, a CDC-led blitz that ensures facts reign and delivers a barrage of truth could help us achieve herd immunity faster.

However, despite these positive steps, Schumer said there is still an urgent need to address vaccine hesitancy. The most recent polls show that 1 in 3 adults will either refuse a vaccine or are unsure if they will take it when it is offered to them. A study this week found that barely half of front-line health-care workers have received their first dose of the vaccine, with huge numbers of them saying they weren’t confident in its safety and effectiveness.