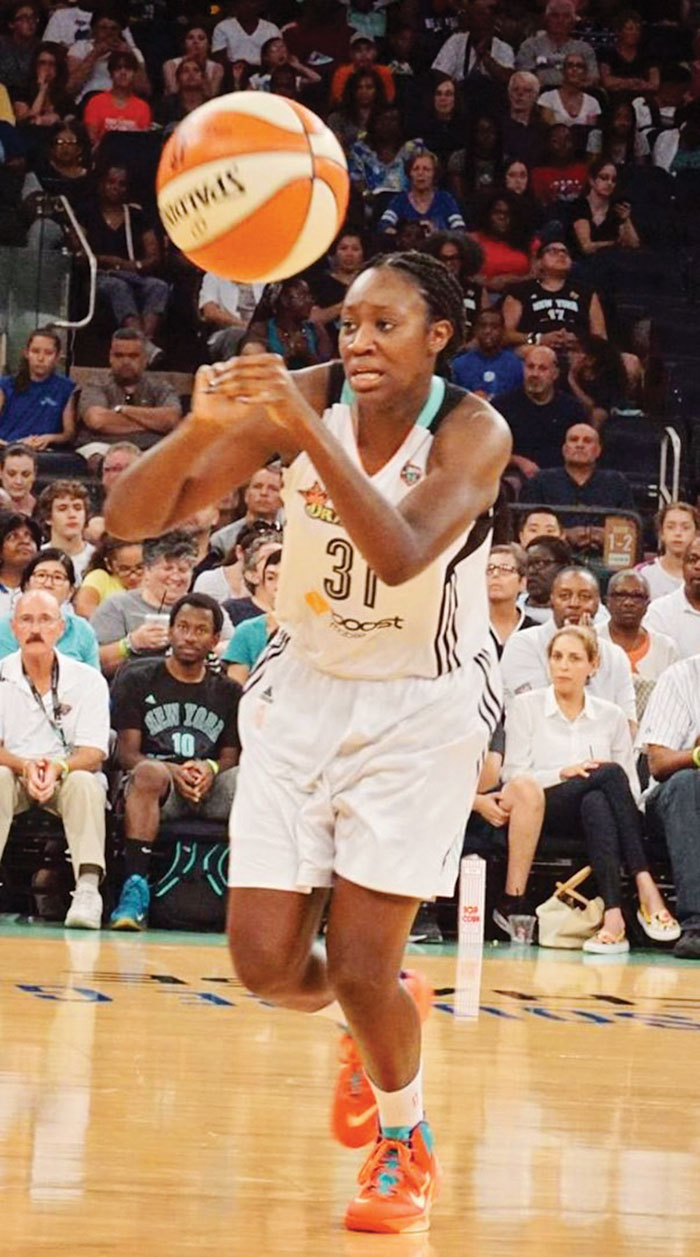 Richards also presented the Olympic duo with proclamations declaring Oct. 1, 2021 as both Dalilah Muhammad Day and Tina Charles Day in the Borough of Queens. Muhammad and Charles received City Council proclamations from the ceremony’s co-sponsor, Councilwoman Adrienne Adams (D-Jamaica), in recognition of their achievements as well.

A native of Rochdale Village and a childhood member of the New York Novas youth running club, Muhammad first earned Olympic glory in 2016 when she became the first American woman in history to win a gold medal in the 400-meter hurdles. She would go on to break the 16-year-old world record time in that event at the 2019 USA Outdoor Track and Field Championships, before breaking her own world record at the 2019 World Championships later that year.

At the 2021 Olympics, Muhammad would again beat the world record time in the 400-meter hurdles in an effort that earned her a silver medal, finishing behind fellow American Sydney McLaughlin. Muhammad won her second career gold medal later in the 2021 Games as part of Team USA’s victorious 4×400-meter relay team, alongside McLaughlin, Athing Mu and Allyson Felix. 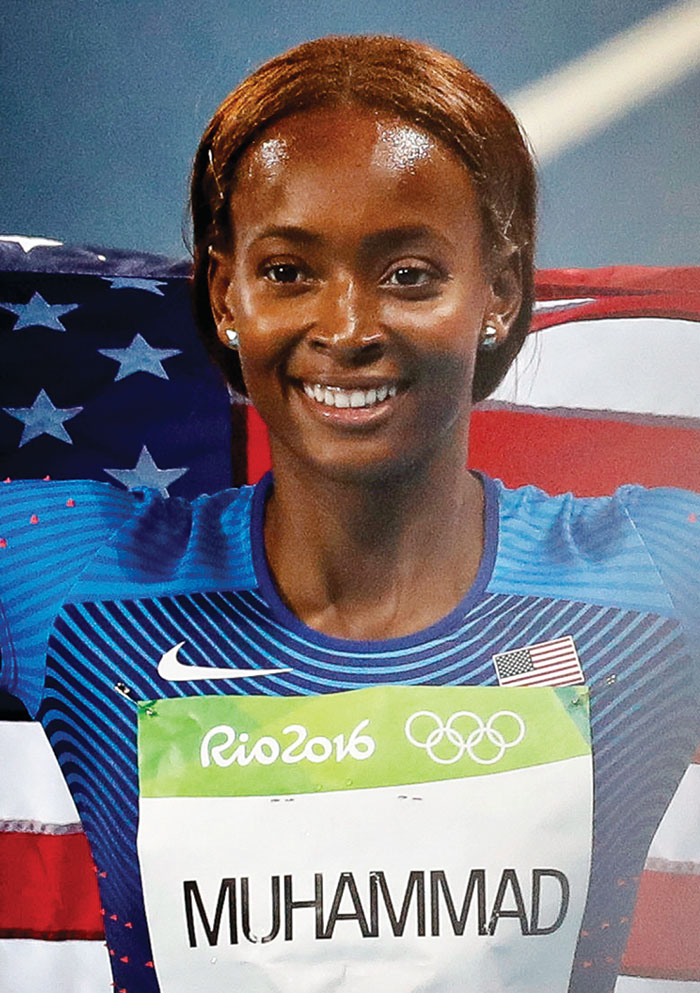 The 2021 Olympics were the third Summer Games in the illustrious career of Tina Charles, a native of East Elmhurst. After winning gold as part of Team USA’s women’s basketball squad in the London 2012 and Rio 2016 Olympics, Charles returned in 2021 to help lead the team to its seventh straight Olympic gold medal.

The WNBA’s reigning scoring champion and an eight-time All-Star, Charles is one of the most decorated professional basketball players of her generation. An All-American at Christ the King and a two-time NCAA champion at the University of Connecticut, Charles won the WNBA Rookie of the Year award in 2010 before winning WNBA MVP honors in 2012. In 2018, she earned the Basketball Hall of Fame’s Human Spirit Award for her charity work off the court — Charles founded the Hopey’s Heart Foundation, which distributes automated external defibrillators to schools, and funded the construction of a 150-seat school in the West African nation of Mali.

“Dalilah Muhammad and Tina Charles are more than just legendary athletes and Olympic champions. They are role models and inspirations to the countless young people of our borough — kids who now know that with hard work and dedication, there is no limit to what a child of Queens can achieve,” Richards said. “Dalilah and Tina represent the very best of The World’s Borough and these inspiring women are more than deserving recipients of the Key to Queens.”