U.S. Rep. Grace Meng (D-Flushing) announced on Saturday that $28.4 million from the recently enacted federal infrastructure bill is headed to New York to make much needed improvements to LaGuardia Airport.

“I was proud to help pass the Infrastructure Investment and Jobs Act because I knew it would make a difference in our city, and I am glad to see this vital funding coming to LaGuardia,” said Meng. “This money will go a long way toward needed infrastructure improvements and jobs for New Yorkers, and I look forward to this funding benefiting the airport for decades to come.” 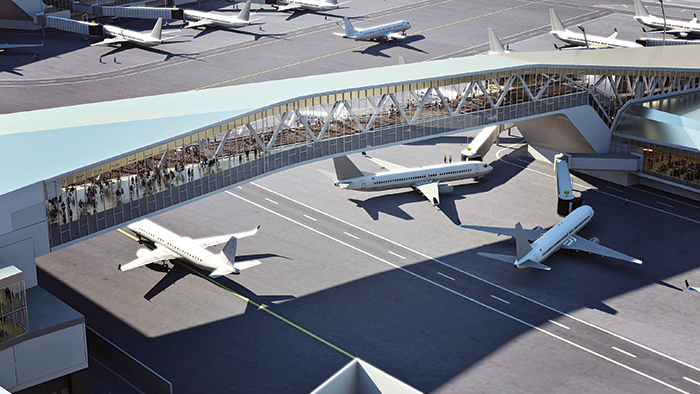 LaGuardia Airport will receive a similar tranche of funding from the historic bipartisan infrastructure law each year for the next five years, as part of a program for airport development. The tranche is likely to slightly vary from year to year, as the funding reflects annual enplanement totals. In addition to these guaranteed funds, LaGuardia can compete with other airports across the country for grants from an additional $5 billion nationally for terminal and landside improvements.

On Nov. 15, President Joe Biden signed the Infrastructure Investment and Jobs Act, which included $15 billion in formula funding to help redevelop airports across the country. Projects that qualify for funding include: improvements to runways and taxiways, safety and sustainability projects, roadway projects, terminal development, and noise prevention. The law also includes an additional $5 billion nationally for FAA towers and facilities funding, which the FAA will distribute among airports in need.