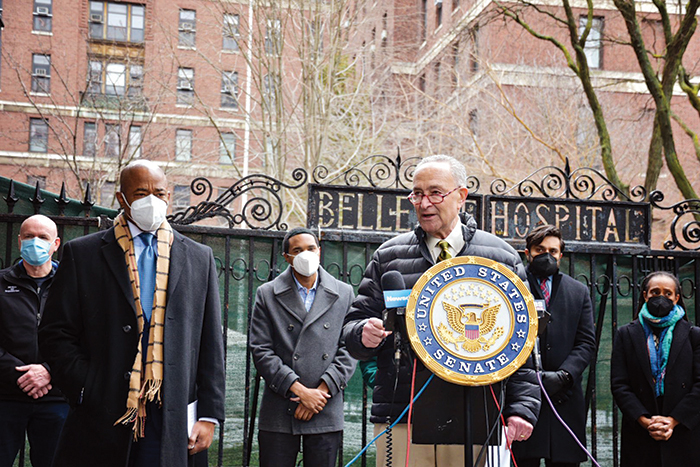 On the heels of announcing that the feds will deliver $1 billion to COVID-ravaged city hospitals, and joined by New York City Mayor Eric Adams and Rep. Ritchie Torres (D-Bronx), U.S. Sen. Chuck Schumer (D-N.Y.) said Sunday that the $1 billion on-the-way to help our public hospitals continue to meet demands and costs, while ensuring critical care and services, does not include the costs of the latest Omicron surge. Schumer announced details of what the billion he just delivered will do, but said he had to put pressure on the feds to secure it. He said he does not want to see another delay like the last time. 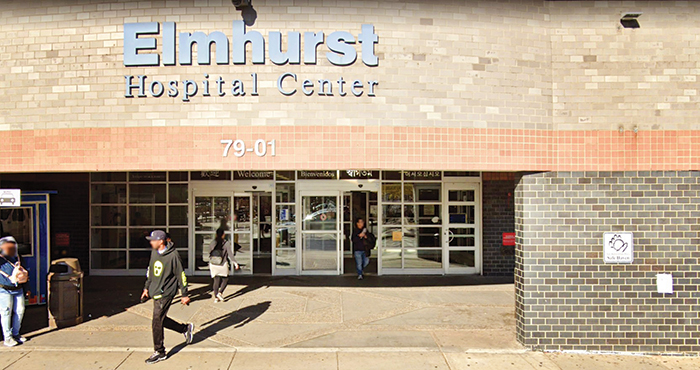 “Just days ago, we had some welcome news for our NYC hospital system: nearly a billion dollars in COVID emergency relief via FEMA, $924.4 million to be exact, and it is on top of another $266 million we secured in 2020, for a total of over $1.19 billion,” Schumer said. “But here’s the thing, the money on-the-way doesn’t include the costs of the recent Omicron surge that’s hitting all of our great city hospitals with costs that are climbing as we speak, potentially into the hundreds-of-millions. I’m here today to make sure that our friends at FEMA stand at the ready to expedite New York City’s next emergency payment ASAP, without delay, because we’ll need it.”

Schumer recounted that Health + Hospitals first filed a reimbursement request with FEMA in October 2020 for roughly $900 million in expenses related to hiring extra staff and expanding capacity to treat coronavirus patients. However, FEMA said they would only cover less than a third of the request, claiming the other funds were ineligible because the hospital system had submitted regular hospital expenses along with emergency coronavirus operations. The reimbursement announced Sunday follows the $266 million previously allocated to H+H early last year.