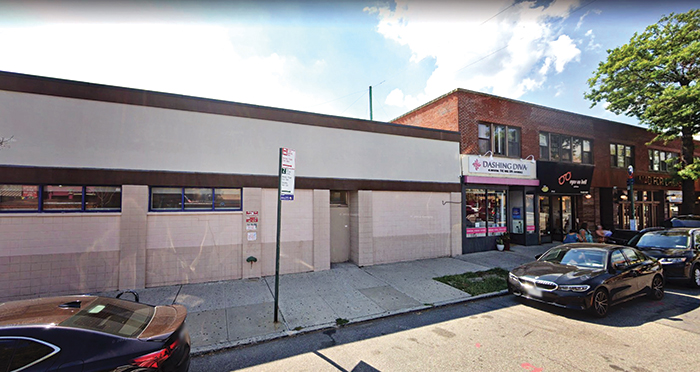 The melee took place outside a hookah lounge on Liberty Avenue near 127th Street.

Queens District Attorney Melinda Katz announced on Thursday that Adrian Harry, 28, has been sentenced to 40 years to life in prison for stabbing two people after an argument over a parking spot outside of a South Richmond Hill lounge in December 2017. Immediately following the altercation, Harry got into his vehicle and intentionally drove into a crowd of pedestrians—striking five people and fatally running over his friend, Katz added.

In the early morning hours of Sunday, Dec. 3, 2017, Harry was parking his white 2016 Hyundai Sonata in front of XS Hookah Café on Liberty Avenue near 127th Street when he allegedly tapped the bumper of the white BMW parked directly behind him. Although it is alleged that Harry caused no damage to the bumper, two men inside the BMW exited the vehicle and confronted Harry. During the subsequent altercation, Harry allegedly pulled out a knife and stabbed one of the men in the torso and the other in the abdomen.

“During the ensuing dispute, involving a group of people who were outside the lounge, the white Hyundai sedan then drove from the scene and mounted the sidewalk approximately half a block away at 128th street. Six individuals were struck by the vehicle, resulting in one fatality. All of the other victims are hospitalized,” said then-Asst. Chief David Barrere, former NYPD commanding officer of Patrol Borough Queens South.

Richardo Chattergoon, 23, reportedly a friend of Harry, was pronounced dead at the scene. According to then-Queens DA Richard Brown, five other victims were transported to Jamaica Hospital Medical Center. Two of them were placed in intensive care—one victim suffered bleeding on the brain and was placed in a medically-induced coma; the other suffered a fractured pelvis and trauma to the frontal lobe causing a brain bleed that required surgery.

Despite massive damage to the vehicle, Harry fled the location in the same car that struck the victims. He was ultimately identified when one of the victims saw him at Jamaica Hospital where he sought treatment for a cut on his finger sustained during the initial altercation.

Brown noted that the incident allegedly was ignited by a petty parking dispute.

“What allegedly began as a minor tapping of fenders turned into a deadly pre-dawn horror show that left a young man dead and others seriously injured,” Brown added. “The crimes alleged here are beyond senseless…”